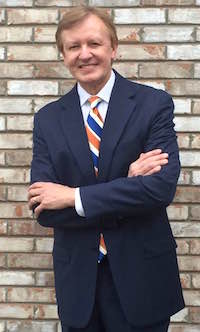 An encumbrance will often weigh us down or prevent us from going forward.

Trinity Lutheran Church, Columbia, Missouri should not receive taxpayer dollars for their preschool daycare playground. A few years back they requested money from the state to rubberize the surface of their daycare children’s playground. The money was denied and it has become a case appearing before the Supreme Court. A church asking the state for money sets a bad precedent especially if the Supreme Court rules in their favor. If churches and any of their ministries take money from the federal government then they should pay taxes from their weekly offerings and endowment funds that some churches pile up for future endeavors. Most churches couldn’t make it if they had to pay such taxes. A state controlled church is the last thing America needs. Once this happens to the church there will be no going back.

Speaking of encumbrances, Bill O’Reilly or Fox News should never have paid a dime to anyone if the allegations of sexual harassment were false. Paying out 13 million dollars does not speak of innocence. We understand 13 million to O’Reilly and Fox is small change. We understand wanting to settle and move on without further encumbering themselves. Unfortunately, malignant cancers return unless met head on and dealt with in a conclusive fashion. Putting a little salve or a Band-Aid on a tumor does not bring about real resolve or a cure. The end result is a network that is now reeling and the greatest primetime cable program in history is now history.

Speaking of encumbrances, Kim Jong Un of North Korea is a pain in the neck. The world has faced aggravations and rear ends and now we are staring at one again.

The people of South Korea have to live in the realm of what if Kim Jong Un really messes up and fires a missile at Seoul? America cannot battle North Korea, Iran, Syria, Afghanistan, Iraq and Russia. We don’t have enough tax dollars to fund enough military nor the weapons and ships to cover all the territory. I remember a cartoon character that ran out of breath trying to keep seven plates spinning on sticks. He was successful but only for a few seconds. Our wars and nation building go on for years while our country and people are neglected. I would rather fight any war in another country than have one come to America. We must be defensive in our daily strategy against terrorism and threats like Kim Jong Un. If we have to attack then so be it but how many nations can we battle before we begin to crumble?

Encumbrances come to all including churches, national figures and even our nation. Avoiding or freeing ourselves from too many or the wrong encumbrances seems too difficult for most everyone.

*****************
Glenn Mollette is a syndicated columnist and author of eleven books.
He is read in all fifty states. Visit www.glennmollette.com
Contact him at GMollette@aol.com. Like his facebook page at www.facebook.com/glennmollette