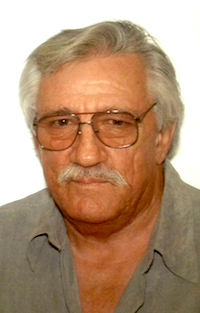 Bill was born January 24, 1940 in Needmore, KY, the son of the late William R. and Lucy Sparks Salyers. In addition to his parents, he is preceded in death by his first wife Donna B. Salyers.

Bill retired from the Laborers’ Union Local 83 of Portsmouth, Ohio. Earlier in his life, Bill served as superintendent for Hansen and Armco tunneling companies.  He loved living in the country where he grew up. He was an avid hiker and enjoyed the outdoors. He was also an accomplished artist.

Survivors include his loving wife Sally Jerline Salyers of Blaine; his daughter Cheryl Carpenter and her husband Jeffrey of Lucasville, Ohio; his daughter Teresa Tolbert and her husband Gerald of Sciotoville, Ohio; his granddaughter Clara Williams; his two great grandchildren Jasmine Williams and Jon Williams; his brother Tim Salyers and wife Carolyn of Lucasville, Ohio; and a host of friends and loved ones.

Care has been entrusted to Wilson Funeral Home, Louisa, KY.