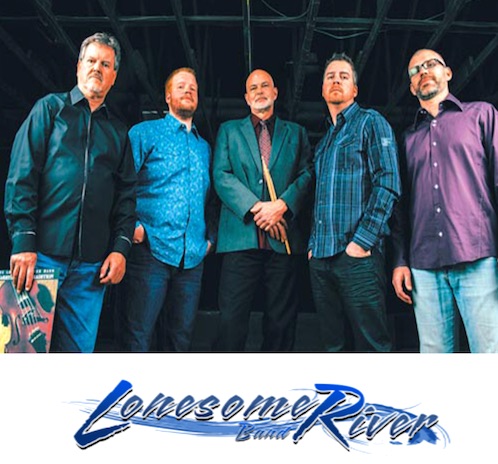 Prestonsburg, Ky. – Coming off of four International Bluegrass Music Awards (IBMA) nominations in 2016, Lonesome River Band continues a relentless touring schedule for this year, and on Friday April 28, they will make a stop in Prestonsburg in the Willard and Lucy Kinzer Theater at the Mountain Arts Center (MAC). Their latest album, 2016’s Bridging The Tradition (Mountain Home) was nominated for Album of the Year.

Lonesome River Band has been one of the most popular bluegrass groups since the release of their breakout CD, Carrying The Tradition, back in 1991. That band lineup included current bandleader Sammy Shelor, as well as Dan Tyminski, Ronnie Bowman and Lonesome River Band founder, Tim Austin.

Sammy Shelor has won IBMA Banjo Performer of the year five times, on top of numerous nominations. In 2011 he was awarded the Steve Martin Prize for Excellence in Banjo and Bluegrass. Along with Shelor, the current lineup includes fiddle veteran Mike Hartgrove (IIIrd Tyme Out, George Jones), Brandon Rickman on guitar/vocals, Barry Reed on bass, and Jesse Smathers on mandolin/vocals.

“For three decades, the Lonesome River Band has been one of the top Bluegrass acts in the format. One of the reasons for that is that their sound has always continued to evolve,” said Chuck Dauphin, of Music New Nashville.

Steve Stone of Audiophile continues to be a fan.

Opening act Turning Ground continues to turn heads around the region and surrounding states. Based out of Salyersville, Ky., they bring a fresh approach to bluegrass by mixing a traditional gospel bluegrass sound with elements of today’s contemporary drive. Turning Ground features the vocals and songwriting of Nathan Arnett and includes 30 year banjo veteran Mike Daniels.

Lonesome River Band with special guests Turning Ground is Friday, April 28 at 7:30 p.m. at the MAC in Prestonsburg, Ky. Tickets are $21 and can purchased by visiting www.macarts.com or by phone at 1 (888) MAC ARTS.