DAWGS FEEL ‘BACK AT HOME’ IN A SWEEP OF KNOTT AND LEWIS CO.

Louisa, Ky. — Lawrence Co. hasn’t played a home game since March 21st a win over Belfry. On Saturday the Dawgs played two, picking up a 11-3 victory over Knott Co. Central and then took care of Lewis Co. in five innings 10-0 to improve to 3-0 at home this season.

Lawrence Co. improved to 9-5 overall on the season with the sweep.

Three Bulldog pitchers Kade Sword, Jarrett Fairchild and Blake Jordan combined to only allow fours hits and three runs in 12 innings in front of a nice crowd at the Bulldog Baseball complex. 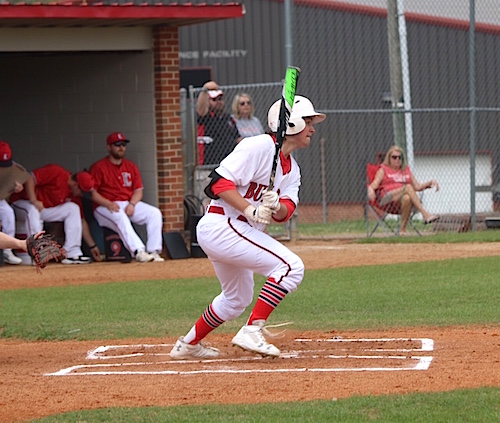 In a game one win over Knott Co. Central ( 8-6 ) lone Bulldog Senior Trace Bowen went 3-4 with six RBIs including a double and a triple both coming with the bases loaded and two outs to lead the Bulldog offense. 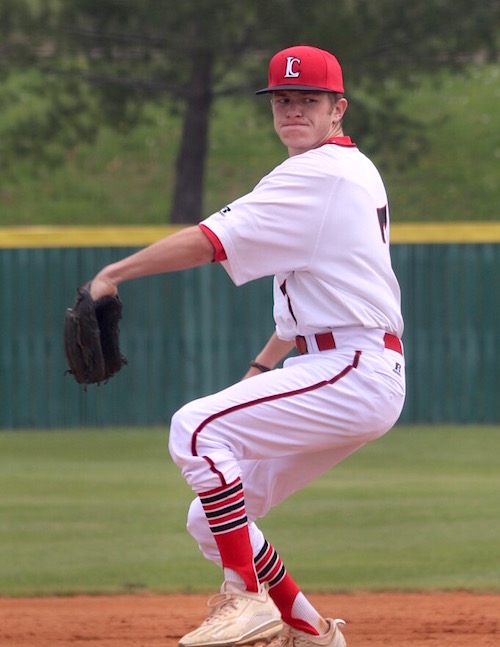 In the second game of the double header vs Lewis Co. ( 4-10 ) it was Junior Blake Jordan throwing a complete game one hit shutout while striking out ten Lions on his way to the mercy shortened five inning victory.

The Dawgs broke open a two run game with a seven spot in the fourth inning to put the game away. Bowen capped off the big inning with a bases loaded single that scored two and put the Dawgs up 9-0. 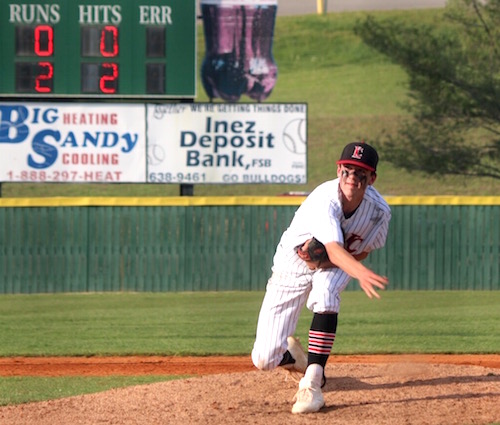 The Dawgs will get back into District action with a home game Tuesday vs Pike Co. Central ( 11-7 ) and then on the road Wednesday at PIke Co. Central.

“… It has been a while since we played at home and it was good to be back. We were on a very long road trip.

“… We played well and had a couple guys step up and give us fairly quality innings and we needed that today coming off the extra inning game earlier in the week.” None of our guys have good enough stuff to work behind in the count or walk guys so they need to pound the strike zone.” As a pitching staff we need to get in a groove, we are halfway through the year and we have some big games coming up.”

“… Initially I just struggled with the fact that I was hurt and this being my Senior year and I was used to contributing on the mound and defensively to get that taken away was crushing and a huge blow to me.” Early on I struggled hitting and it was a mental thing. After I realized that I need to contribute any way I can to help the team, it just started to click and today was huge. My Dad is my biggest fan and he has helped me a bunch and we think we have it figured out now.”

“… The main focus was to let my defense work and keep pounding the strike zone. We struggled a little bit at Russell but I have confidence in my teammates that they will make the plays behind me.” I lost the grip on my curveball in the one inning and just had to work through it and give our team quality innings and then turn it over to the bullpen and Jarrett did a great job.”