Growing up in Louisa – Results!

Growing up in Louisa – Results!

I mentioned in an article a few weeks ago that I had sent off my DNA sample to Ancestry.com. Well, lucky us! The results are in! I am 23% Irish, 22 % British/Scottish, and the rest from up and down the Atlantic coast of eastern Europe. Hmmm. No Indian, no Asian, no African, or any other surprises. I know that still doesn’t make me a purebred, which is a popular thing in Kentucky, but it is closer than it might have been.

I was surprised when they told me of a few second cousins and bunches of others that were third or fourth cousins. Even with names supplied, I must report that I have never heard of any of them. I’m thinking that maybe they are from my father’s side, which I know nothing about, but I’ll contact some to see if I can be enlightened. More importantly, nearly all of you can relax since no secrets will be forthcoming, unless of course, one of the second cousins confesses.

It stands to reason that all of my life I figured that I was a hillbilly, raised in the poorest, uninhabitable foothills of stock far from sophisticated members of society. You could hardly call me better than those stereotypes portrayed in the movies as ignorant backwoods folk bent on drinking moonshine and marrying kinfolk or a toothless and mindless woman. My, my. It turns out that I am no longer such a dredge, but rather someone with pedigree. 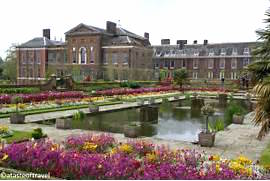 Knowing that I am from the place of the landed gentry, I cannot help but wonder if I’m related to any nobility. Sir Michael, or Lord Coburn, has a certain ring to it, no doubt. Anyway, that would be a surprise considering my lack of social skills and my having the ability to sleep anywhere, let alone on a mattress with single pea mentioned in the fairy tale. I doubt I can muster up any claims to royalty, but it’s early yet. If not, it’s just as well. At this point in my life I don’t need more distractions, what with all the grandchildren and all. I could use a manor house with an appropriate income. I can totally see that working. We could skip the titles, but bring on the formal gardens so long as someone else maintains them.

As I said, the result isn’t surprising to me since I have known that the hills of my more recent ancestry were populated with a rush of Irishmen and Scottish people that appeared just before, during, and after the Revolutionary War. I can say with some certainty that I was on ‘our side,’ my point being whichever side that was, I was on it. That would make it very like fighting with one’s self. I always suspected my roots were British because of our wonderful use of the Queens English and all those jigs that were turned into ‘traditional’ country ballads. Our flatfoot dancing (clogging) sounds the same as Irish jigs my kin must have danced to in those earlier days, although I can’t say I’m an expert on performing them.

For those who did the math, you’ll see 8% is missing. I always knew I was missing something, but I never knew what. At least now I know how much is missing. Family trees, which demonstrates Mother Nature at work, have many, many branches and roots. The one thing that is proved is that the branches of my tree grew solidly close together from a trunk begun in eastern Europe. The percentages of Scandinavian blood is low and supports a relationship with Norsemen, or Vikings. There is also a very minor mixture of blood from Belgium, France, Spain and even Portugal. Oh, well. That’s still a pretty, solidly British outcome.

I think after mentioning I had sent off my DNA, I felt an obligation to share the results as far as they’ve been identified to date. It may offer some relief to any fearing parental relationships may have been compromised. You can count me as a product of eastern Kentucky, by the way of Great Britain. Even so, we must remember that we can all claim identity with a certain two fruit eaters in a lost garden. With these first two, the rest of us nutty people were eventually born. Speaking metaphorically, the roots took hold and the family tree grew. Nature took over to the point that we filled the land. What fun it must have been to branch out! After all, folks, it’s not the destination, it’s the trip!

Oh, yes. The next destination is already planned out. He is risen!