ALL IN THE FAMILY?

ONE OF CHARGED SUSPECTS IS YOUNG COUSIN OF MARTIN COUNTY SHERIFF JOHN KIRK; ALSO ARRESTED ON SIMILAR CHARGES TWICE IN 2016 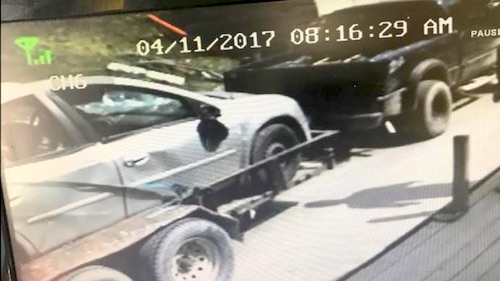 Deputies from the Martin County Sheriff’s Department arrested two men Wednesday after they say the stole a vehicle and sold it for cash.

Just a few days after the car was reported stolen two Martin County men were caught on video with the same car at a metal recycling shop.

“Once the camera had come on they re-winded it and found a silver dodge neon that was matching the description the owner had given me,” Martin County Sheriff’s Deputy Cody Lowe said.

Officers said Sunday evening was the last time the owner saw the car.

In a picture taken from security video you can see two men, who police said took the car to Howell’s Recycle Center and sold it for cash.

“The car, actually when I looked it up on the warrant when I was trying to process for the warrant, the car booked for 2,260 something, he got 156 dollars out of the car,” stated Deputy Lowe.

“When I was up there he was with the guy that he had got the car with,” according to Deputy Lowe.

Deputy Lowe said he was able to use a receipt to prove Kirk and Meade sold the car.

“Really I think that people need to invest in security systems around their home areas, you need to keep your doors locked and cars locked also because, I mean, these people are smart,” Deputy Lowe said.

Deputies say they also received a signed statement from the owner of Howell’s Recycle Center saying the two men sold the car.

The Martin County Sheriff Department charged both Johnny Steven Kirk and Steven Casey Meade with with the felony of: • THEFT BY UNLAWFUL TAKING OR DISPOSITION AUTO – $500 OR MORE BUT UNDER/$10,000.