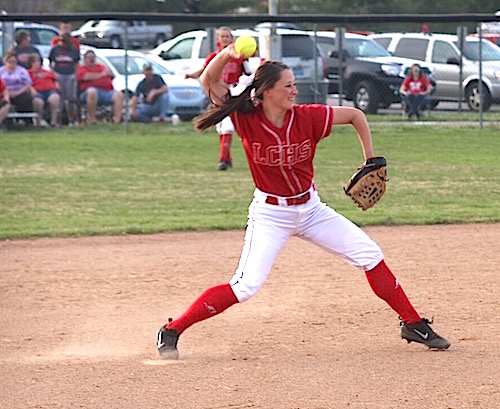 Ciana Bowen tossed a one hitter while striking out 11 and also belted her sixth homer of the season a two run shot in the 5th inning. Bowen also doubled in the game. 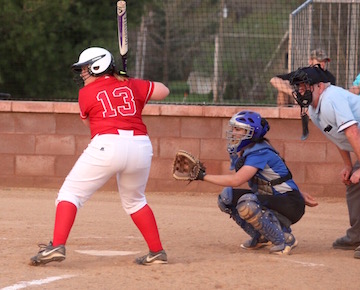 Bulldog Senior captain Natalie Rice had three hits and two RBIs, Keyarah Bowen had two hits and two runs scored including a double that nearly missed being a home run.

Abby Fletcher had two hits and two RBI, scored a run and banged a double off the wall.

Halli Caudill finished with one hit, one stolen base and one run scored, Amber Triplett singled and scored, Mackenzie Methax singled, Kassidy Cavins had an RBI. 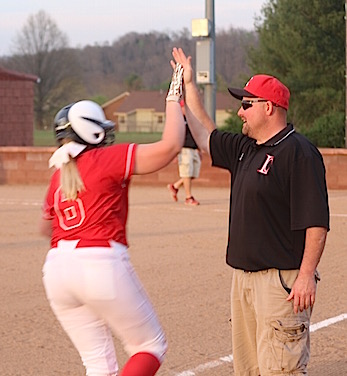 The Lady Dawgs will host District rival Pike Co. Central on Thursday and then travel to Pikeville to play in the Lyndall Potter classic on Friday and Saturday.

“… Little bit different pitching than we saw at the Beach, out on our front foot a lot but the second time through we got some nice swings. We adjusted well later in the game. Our team has swung the bat well all season long.”

“…Amber Triplett had a nice game defensively and she needed to and so did we. Another District game Thursday vs Pike Co. Central and we need to be ready to play.”

“… Pitching was a little slower tonight and we had to just get our timing back. Once we did that we hit some balls really hard and put some runs on the board. Keyarah and Abby just missed home runs. The double down the line was key and then the girls behind me drove us in.” This might be the best hitting team since I have been playing.”