DISPATCHER ARRESTED FOR INTOXICATION WHILE WORKING 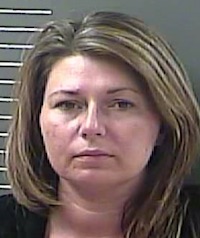 Kentucky State Police received a call this morning requesting assistance at the Martin County 911 Center. The caller reported that the dispatcher was impaired.

According to the arrest citation, upon arriving on the scene the officer made contact with 40-year old Tonya Hensley of Inez who reportedly had blood shot glassy eyes, slurred speech and appeared confused. The officer initiated a field sobriety test which she failed.

Hensley told the officer she is prescribed pain pills for a broken toe, but unable to tell what kind. She also stated she takes Xanax from time to time for nerves and takes medication for depression.

Hensley was arrested and charged with public intoxication.