Law enforcement officials on the other side of the river in Wayne County, West Virginia are asking questions of a perplexing nature after a family of a Fort Gay man came forward to report him missing a couple days ago, albeit after the man’s family stated to officers that the last time that they had seen or heard from him was for just over three months ago, since nearly the beginning of 2017. 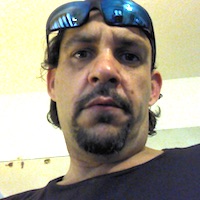 Casey Collins was last seen on January 2, 2017, while visiting family in Fort Gay.

Troopers could not release any other details about why they suspect Casey Collins went missing and they say they are not ruling anything out.

The news report of the disappearance of Collins by the state police on Sunday, April 9, came on the same day as Casey Collins 38th birthday, a man who is a father of three young girls, and was a senior class member of Tolsia High School during its first year of existence of 1988-89.

Investigators say Collins is known to frequently visit around in his recent past years the Fort Gay and Louisa, Kentucky areas, they say he spent most of his time in Fort Gay and across the river in Louisa before he suddenly went missing back in January

Casey Collins has dark hair and green eyes. Collins is approximately 5’8″ and weighs about 200 pounds.

If anyone has any information about Casey Collins or his whereabouts, you are asked to call Wayne County 911 (or your local county 911), or the Wayne County State Police detachment at304-272-5131.