$30,000 FOR NICKEL TAX RECALL? NEW LAW SAYS PETITIONERS MAY HAVE TO PAY 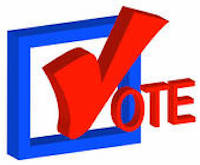 “Elected officials have a duty to be responsible with every tax dollar spent,” said Rep. Imes. “This measure will allow county officials to be fiscally conservative in the way tax dollars are spent on elections by no longer having special elections on county-specific issues.”

The measure also requires that the individual or group filing the petition for a local option election must cover all costs of the special election if they want the measure to be considered separately from regularly scheduled elections.

It is not clear if the new law will take effect in time for the petition against the ‘nickel tax’ in Lawrence County which is costing taxpayers $30,000. If it could be held along with a May Primary or a November General Election, there would be no additional expense. But, this is the “off-year’ in Kentucky when there are no regular elections scheduled.

House Bill 319 swiftly passed the House and Senate in a bipartisan manner. It now heads to the Governor to be signed into law. Gov. Bevin is expected to sign the bill it as soon as he gets it.