Growing up in Louisa – Trigger’s Gone?

Growing up in Louisa –Trigger’s Gone? 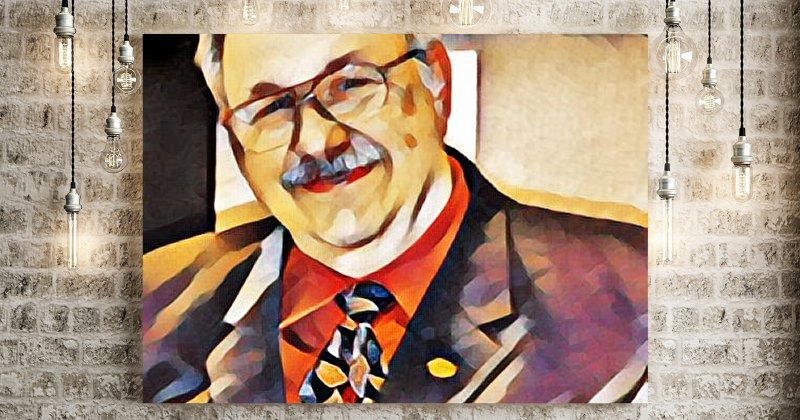 I’ll never forget the day they gave Trigger away. Let me explain: like millions of little boys and girls, Saturday matinees were the highlight of the week. The usual faire down at our movie playhouse (The Garden Theater), was started off with several short-subjects such as a newsreel, (often about a war), or actions of British royalty; a cartoon, such as Buggs Bunny, the Road Runner, Mickey Mouse, or Donald Duck; and a weekly serial, such as rocket man, the invisible man, Captain Marvel, Superman, or some other hero. Of course, those were followed by the main feature that was most often a cowboy movie, such as Roy Rogers and Dale Evens, Hop-a-long Cassidy, Gene Autry, Lash LaRue, or sometimes it was a Disney movie.

America’s fondness of all things ‘cowboy,’ had begun during the time of the silent films, but it came alive with the loud sounds of gunshots and the romantic music of singing cowboys like Roy Rogers or Gene Autry. Western music and western fashions were all the rage in that contemporary population. I remember folks around town wearing western hats, shirts with fringe across the yolk or cuffs, or even the hem of ladies clothing. Many people wore styles that reflected western themes, some more obvious than others, but still a ‘mother-of-pearl’ button giving it away. Maybe some of them were preparing to perform in some country band, but these styles were also worn by many young adults. Hit songs of the era included “Don’t fence me in,” “Mexicali Rose,” “Yellow Rose of Texas,” “Riders in the Sky,” “Button and Bows,” and “Back in the Saddle Again.”

As a kid, I paid close attention to those few old horse-drawn farm wagons that still came into town on Saturdays to pick up feed and grain. Less often I’d see lone riders on horses clopping down the street toward the court house. These guys would sit on the benches, whittle, trade knives, spit tobacco, and tell tall tales. It was just enough for me to believe they were real cowboys. Maybe they were? Sure, by that time in history, most people had cars, even if they were old ‘Tin Lizzies’ or a ‘prewar’ coupe or sedan, but still, on Saturdays a few horses could be seen in the County seat.

Like kids anywhere, I loved to model whatever I saw. It didn’t matter if it was on the big screen or something I had seen in life. I was very aware of modeling what I either thought was ‘right,’ or what supported the fancy of my imagination that day. I wasn’t happy if I didn’t have on my six-shooters and my cowboy hat. I remember once having a small cloth pouch with a string that looked like the ‘roll your own’ cigarette pouch of the day. For years, I pretended that my bike was my horse. I tried to figure out ways to add saddle bags and a make-believe Winchester rifle. The wooden gun nearly cost me my life when it slipped into the spokes of my bike while I was traveling downhill! I gave up on trying that again. As a habit, I always mounted my bike from the left side because that’s what cowboys did with their horses. I had heard somewhere that horses were trained to allow a cowboy to mount from their left side. Sometimes I would make a ‘giddy-up’ clicking sound before pulling out. That got to be embarrassing as I grew older, so I kicked that habit.

One time, when I was maybe in the fifth or sixth grade, one of the businesses on Madison that backed up to Franklin Street, presented an incentive for folks to shop there and be enter a drawing. (Maybe it was the IGA that had just come to town.) The prize for the drawing was a beautiful palomino pony! For several weeks, the pretty animal with a blond mane and tail, was kept in a fenced area behind the business in a pen that I could clearly see and access from Franklin. I remember a deep pool of cold water that the penned up beauty could drink to quench its thirst. I think this feature was left over from the time the larger brick building with thick walls was the town’s ice house. By the time I was born it was moved out past the football field on south Lock Avenue.

Anyway, I couldn’t help but see the horse every time I left my house there on Clay and Franklin. It was only natural that I would make an early acquaintance with the animal very quickly. I purposely filled my pockets with sugar cubes and apples when I could find any about. It would carefully take the treats from my hand and then look back at me with his big round eyes. I was in love with a horse. Now you all wouldn’t know, but I had a very active imagination that would surprise even me as I floated off into a world of my own. At least once I imagined saddling up my new friend and riding the beautiful creature up town hill and through the woods to explore hills and vales of eastern Kentucky. I would look for imagined bands of bad guys and shoot them with my pistols, sometimes saving a poor farmer, or a pretty cowgirl in the process. Riding into the sunset in victory was my only goal, silly me. The pretty cowgirl would have to wait for me to grow up.

I think it was around that same time when my mother took me to the ‘field house’ in Huntington to see Roy and Dale in person. I also saw Pat Bertram and his jeep ‘Nellie Bell,’ but more importantly, I saw Trigger. Trigger was a palomino that was larger and famous, but was otherwise colored the same as my friend that was kept just down the street. Trigger was wonderful! The movie goers of America knew that only the ‘good guys’ like Roy Rogers, who fought against evil, would dare ride such a pretty horse. By that time, I had seen a number of a former favorite, pintos, which were horses with splashes of brown and white. The Lone Ranger’s faithful friend Tonto rode one of those. One could see at once who was riding in the distance by the color of his horse. Even if not, they would know if they were good guys or bad. White hats instead of black hats was another clue, but the color of their ride also told the story. Thinking about it, this may have led to some misguided prejudiced to judge people by their looks. It would take a mature person to unlearn that wrong message. 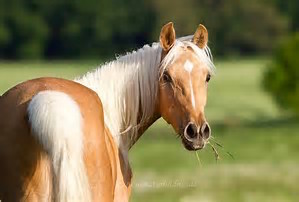 Regardless, the date of the drawing arrived and the winner was chosen. That meant that my blond friend was taken away to other pastures. It was not as if I was totally traumatized, but let’s face it, that’s what this article is about so I still haven’t forgotten the sting of losing my friend. As the saying goes, ‘Life must go on.’ It happened that I would never see that horse again. The hurt was enough to force me to decide to choose between falling into an abyss of depression, or to simply brush it off and focus on other things. Hollywood helped with the refocusing, believe it not. The movies were changing and becoming more sophisticated along about the same time. They were changing in character and subject, showing things other than cowboy films. It was now Bud Abbott and Lou Costello time! Jerry Lewis and Dean Martin were on TV, too. I also watched loads of war movies and counted them as favorites. Memories of the pretty horse were nearly erased. I was now daydreaming about aerial dogfights, tank battles, and shooting the enemy from foxholes or pillboxes.

As my focus changed to the images of war, my bike became an airplane instead of a horse. It even became a tank fully equipped with a machine gun and a powerful canon. I had tried once to put a carboard ‘refrigerator’ box over the bike and still ride it, but after multiple attempts failed, I decided to just ‘pretend.’ Granted, it took a bit more imagination than my pretending my bike was a horse, but then again, there’s few limitations when one begins to live in that world of pretense of a youth.

As the color movies and wider screens kept bringing bigger and better films with all that realistic action, I slowly forgot the palomino. Instead of Roy Rogers, I saw John Wayne, Jimmy Stewart, and countless others in more mature features. ‘The Ten Commandments’ was another kind we saw courtesy of the school board, as were others. My attention turned to the neat older automobiles in the gangster movies and lots of pretty starlets. There were love stories, and sentimental tear jerkers that added to my understanding that everything isn’t magic and the good guys don’t always win, at least at the movies. Debby Reynolds played the sweet young ‘Tammy’ who was an honest, if naïve country girl. I watched these ‘more adult’ movies (innocent by nearly any standard today) and matured as I understood the lessons. Movies had morals in those days, always making a point of a better way of living. To return to my main subject, I must say that the loss of my friendship with the sweet horse no longer mattered. Life did, indeed, go on, but I will always remember the dreams and those experiences as the world changed before my eyes.