Multiple cuts and bruises were present on the child, KSP REPORT SAYS 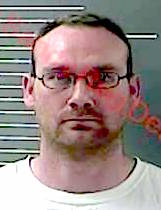 Master Trooper Craig Morella responded and began an investigation into the incident. Visible injuries (multiple cuts and bruises) were present on the child and information received during the investigation confirmed Billy J. Keeton had inflicted the injuries.

The child was transported to Three Rivers Medical Center, treated for the injuries and released.

(At this time no additional details surrounding the incident are available for release.)

Billy J. Keeton, age 29, of Blaine, KY was arrested, lodged in the Big Sandy Regional Detention Center and charged with:

* Criminal Abuse 1st Degree-Child 12 or Under

The incident remains under investigation by Master Trooper Craig Morella.

BOE ASKING FOR BIDS FOR GRASS MOWING AND TRIMMING