Middle Baseball Dawgs will have two teams in 2017, Red team opens up with a split

Louisa, Ky. —  Lawrence County Middle school will have two baseball teams for 2017, the Red team and the Black team. The Dawgs had nearly 50 kids sign up and had 39 at tryouts. Once school officials saw how many kids wanted to play, Lawrence Co. AD Travis Feltner went to coaches Tommy Castle and Brad Derifield and told then he was thinking of having two separate teams.

The idea was to keep as many kids involved and active in the baseball program as possible. After Feltner was able to schedule games for the second middle school team, it was decided that the Bulldogs would indeed have two teams. The two teams combined have over 50 games scheduled this spring with most of them being double headers.

The weather has put a damper on the season so far with a bunch of rainouts for both teams. But the Red team got two games in late last week at Russell.

Russell, Ky. — The LMS Red team opened up their season late last week with a split at Russell. The Bulldogs jumped out on top of the Red Devils in the top of the first with 3 runs scored. Bryce Blevins hit a one out double deep to left field for the bulldog’s only extra base hit of the evening. After Ethan Whitt was hit by a pitch, Blevins scored on Danny Hall’s RBI single to left center. Jacob Fletcher knocked in both Whitt and Hall with a single to cap off the three run inning.

Danny Hall took to the mound and gave up a run in the bottom of the first while striking out the side. The Dawgs scored again in the top of the third on an RBI single by Ty Hutchinson. The Red Devils would answer right back with two runs of their own in the bottom half of the inning as Easton Bevins came in to relieve Hall on the mound. The Bulldogs led 4-3 after three complete innings of play.

LMS Red took advantage of some Red Devil miscues in the top of the fourth as they scored 4 runs on just two hits, RBI singles from both Hall and Hutchinson, to push the lead to 8-3. The Dawgs capped off the scoring with 5 more runs in the fifth to complete the 13-3 victory, as Easton Bevins continued to blank the Russell offense.

In the second game it was Russell getting the victory 13-5 after scoring eight runs in the bottom of the first.

“… I felt like we played extremely well in the first game. We had 9 hits and only struck out 2 times. Put the ball in play and put some pressure on the defense is what we wanted to do and I think we were very successful at that. I thought our pitching also threw well.”

“…We only put 4 runners on base by the walk and only committed one error I believe. If we make the opponent put the ball in play and make the routine defensive plays I think we will have a very good season.”

“… For this being our first time on the field, completely as a whole unit, I thought we looked pretty good. We did catch a break in the second inning when the score was still close, we took advantage of a base running mistake by them and was able to double up one of their runners to end a threat and keep the 3-1 lead.” 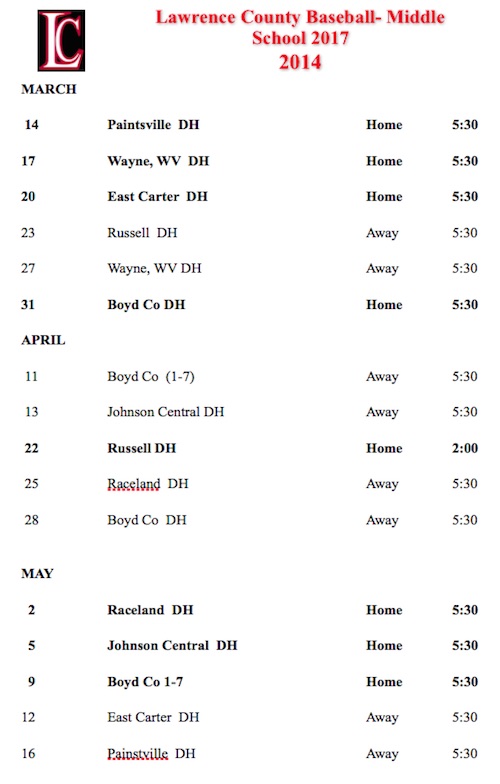 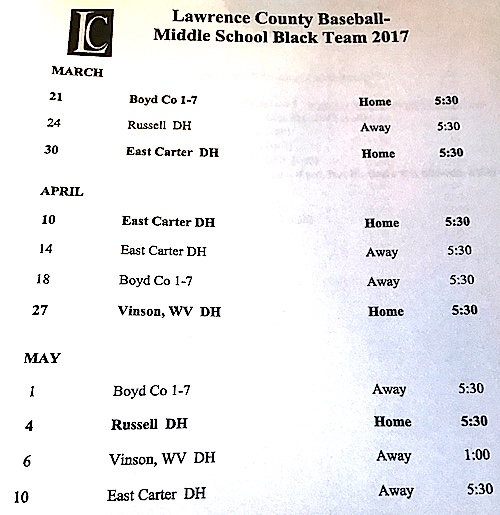 UPDATE: Where to sign the nickel tax recall petition