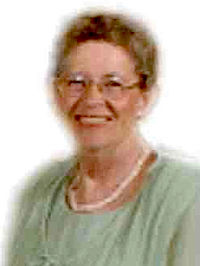 Gwendolyn N. Hall 78 of Indianapolis IN formerly of Louisa, KY passed away March 27, 2017 at the Community South Medical Center following a long illness.

Mrs. Hall was born Dec. 31, 1938 at Richardson, KY the daughter of the late Uriah and Pearl Borders Preece. In addition to her parents she is preceded in death by her husband Bennie Lee Hall who died in 2008. She was a retired housekeeper for the Saint Francis Hospital.

Funeral services will be held on Friday March 31st at 11:00 am at the Wilson Funeral Home. Burial will follow in the Preece Cemetery at Louisa, KY.

Friends may visit the family on Thursday from 4:00 pm to 9:00 pm at the Wilson Funeral Home.