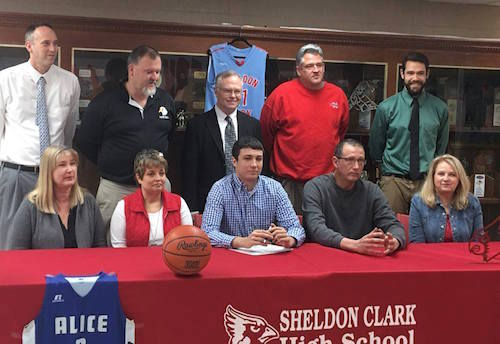 Moore averaged 13 points, 6 rebounds and 5 assists this season to help the Cardinals win 19 games before losing in the first round of the 57th District Tournament at Magoffin Co. 54-53 to end his high school career.

Moore, who comes from a long line of outstanding basketball talent in Martin County, went home to Martin Co. to play for Sheldon Clark his senior season after previously playing for Lawrence Co. including the 2016 state tournament appearance by the Bulldogs.

Moore helped the Bulldogs win back to back 60th District titles in 2015/16, Region title in 2016 on their way to Rupp Arena, he was also a member of the 2015 Pikeville invitational all tournament team as a Bulldog.

“I loved every bit of my time in high school and want to thank everyone that was a part of it,” Moore said this morning.