Conn faces up to 12 years in prison…

A federal indictment charged that attorney Eric Conn and two others conspired to have the Social Security Administration pay a total of $600 million in disability benefits to thousands of people without regard to whether they actually deserved the money. 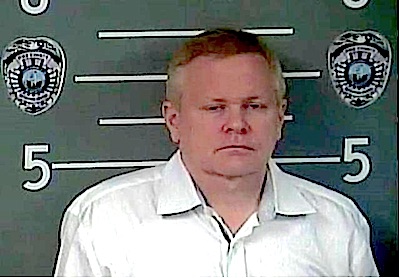 Flamboyant Social Security lawyer Eric C. Conn, who won disability checks for thousands of people in Eastern Kentucky but caused heartache for many former clients after he was accused of cheating on cases, pleaded guilty Friday in a federal fraud case.

Conn, 56, pleaded guilty to one count of stealing from the Social Security Administration and one count of bribing a federal judge.

Conn, who lives in Pikeville, admitted he submitted false documentation for clients seeking disability payments and paid off a federal administrative law judge who approved the claims.

“I submitted or allowed the submission of medical records that I knew to be fraudulent in nature,” Conn said when U.S. District Judge Danny C. Reeves asked him to describe his illegal conduct.

Conn faces up to 12 years in prison, though his sentence will likely be lower under advisory federal guidelines. He is to be sentenced July 14.

Conn built a lucrative practice specializing in federal disability cases, promoting himself on television and on billboards throughout Eastern Kentucky.

He worked out of an office complex made of several connected mobile homes in Floyd County with a 19-foot-tall statue of Abraham Lincoln out front, hired bluegrass music legend Ralph Stanley to appear in a music video for him and once put a Miss Kentucky USA on the payroll for $70,000 a year as his public relations director.

The Social Security Administration paid Conn’s firm $23 million from August 2005 to September 2015 for his work, according to one court order.

However, whistleblowers in the Huntington, W.Va. office of the Social Security Administration, which handles appeals of cases from Eastern Kentucky, raised red flags about Conn’s relationship with an administrative judge there, David B. Daugherty.

A federal investigation ultimately led to charges that Conn falsified medical documents to show his clients were disabled, and paid doctors $300 to $450 apiece to sign completed evaluations supporting the claims.

Then, Daugherty allegedly arranged for Conn’s cases to be assigned to him and rubber-stamped the claims, often without holding hearings. Conn paid Daugherty up to $9,500 a month in return, the indictment charged.

The indictment said the three conspired to have the Social Security Administration pay a total of $600 million in disability benefits to thousands of people without regard to whether they actually deserved the money.

Daugherty and Adkins have pleaded innocent.

In May 2015, nearly a year before Conn was indicted, the Social Security Administration abruptly notified hundreds of his former clients that the agency would suspend their checks while redetermining if they were still eligible.

The agency said it was taking that action because there was reason to believe some cases Conn’s firm handled included fraudulent information from four doctors.

The move was a blow in Eastern Kentucky, where disability income is a significant part of the economy.

The agency ultimately identified nearly 1,800 beneficiaries, most of them in Eastern Kentucky, for re-determination hearings.

The agency decided not to cut off off checks during the re-determination process after Republican U.S. Rep. Hal Rogers interceded.

GROWING UP IN LOUISA; LANDMARKS!