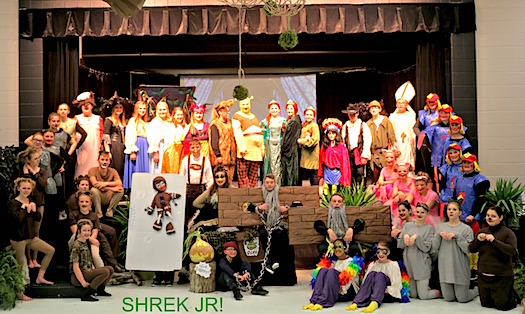 Directed by Tonya Castle-Burkett, The epic tale was about an Ogre named Shrek, played by Ethan Holbrook, who was trying to get his Swamp back from Lord Farquaad, played by Evan Rawlings.

But this came at a price. Shrek had to defeat the dragon, played by Cameron Diamond, to rescue Princess Fiona, played by Bailee Hinkle, from the tower and return her to Duloc where she would marry Lord Farquaad. Shrek was joined on the epic journey by his friend Donkey, played by Kaleigh Ford. In the end, Shrek gained more than his swamp, he also found love with Princess Fiona.

The performance would not have been complete without a host of other fairy tale characters like Pinocchio, The Wicked Witch, The Three Little Pigs and many others. It brought laughter and joy to all who were there to see the hard work and dedication that the students put into the performance.

Louisa Middle School Musical Theatre puts on a production every year. It takes a lot of time and dedication from students, teachers, staff, parents, etc to make the production happen. The Program states, “Teamwork Makes It Happen”. If you were there to see the production you were able to see that teamwork made Shrek the Musical, Jr. a Great Performance and one that will be talked about for weeks to come. 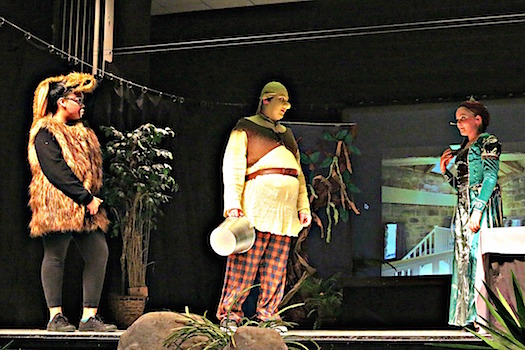 SPRING GARDENING SEMINAR…CAN YOU DIG IT!