Louisa, Ky. —  Lawrence Co. Junior Brad Parks hit a two run home run in the bottom of the first and the Bulldog pitching staff did the rest in a 8-1 victory Wednesday night over District rival Belfry in the Dawgs home opener. 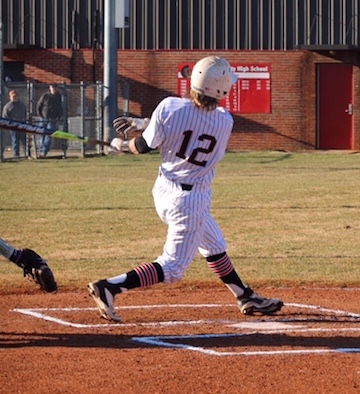 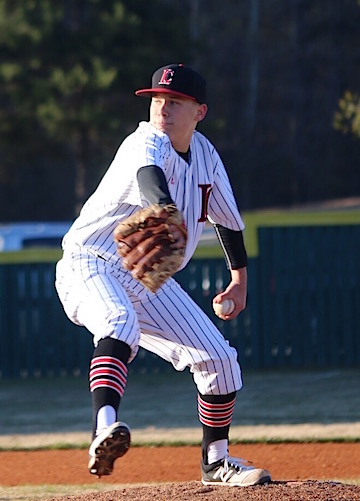 The Dawgs scored six runs in the first inning and 7th Grader Bryce Blevins held the Pirates scoreless in five innings on the mound, Blevins struck out nine and allowed four hits. Kade Sword pitched the sixth inning striking out two, allowing one hit and one unearned run. Jarrett Fairchild pitched the seventh and struck out the side.

Peyton Cyrus started the home half of the first inning with a sharp single up the middle and Parks followed with a long home run to left, after a CJ Fairchild walk and Austin Roe single, Jackson Feltner delivered an RBI single, Jarrett Fairchild singled to load the bases and Hunter Crum brought home pinch runner Lucas Maynard and Feltner with a Double. That was all the offense that the Dawgs would need.

The Dawgs scored in every inning on their way to the mercy shortened road win.

Lawrence Co. will travel to Hazard on Friday and will return Home on Monday to face East Carter.

“… It’s Big it’s really big to start off District play with two wins. Myself or Coach Hagy from Belfry wanted to play these games this early but had to do some things with the schedule that we couldn’t control.” They have a devastating injury and some kids sick right now, so maybe we caught them at the right time but we have been in that spot before so really happy to be 2-0 in District play.”

“…We have about a month before we play another District game and we have room for a ton of improvement.”

“…Six in the first is really hard to overcome but give those kids credit they kept competing and really pitched well after the first inning.” Blevins, Sword and Jarrett all threw well tonight and we have three pitchers that haven’t pitched yet and they will get their chance at Hazard.”