Luke Caudill, 15, was a promising quarterback at Johnson Central High 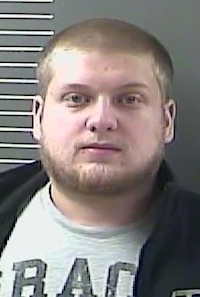 Two Johnson County residents have found themselves on separate avenues of the judicial process spectrum, as both individuals were recently indicted by separate grand juries on charges relating to a pair of noted criminal case actions in Johnson County.

In the first case, a Johnson County man has been indicted in connection with the April 2016 drowning death of 15 year-old Luke Caudill, who was a freshman and a football quarterback at Johnson Central High School at the time of his death.

According to reports, Michael Pennington, 20, of Van Lear, is facing a charge of unlawful transaction with a minor. According to the Indictment, Pennington

committed the offense of Unlawful Transaction with a Minor in the 1st Degree by knowingly and unlawfully inducing, assisting, or causing a juvenile under the age of sixteen (16) years, namely Luke Caudill, to engage in illegal activity involving a controlled substance. This is a Class B Felony with a Penalty of 10 to 20 years and fine not more than $10,000

Search crews found Luke Caudill’s body in the Paintsville Lake at the bottom of a cliff several hours after he drowned after he slipped into the waters of the lake and was unable to be rescued by four or five friends he was with during the early predawn hours of April 8, 2015.

Michael Pennington was taken into custody after his indictment just after 6 A.M. Friday morning March 17 by officer Zachary Mitchell of the Paintsville Police Department. A judge had set Pennington’s bail at $20,000. Michael Pennington has since been released after posting his bond.

In a second separate case, a Johnson County woman has been accused of defrauding the Federal Emergency Management Agency (FEMA) after the deadly July 2015 flash flooding that happened in Johnson County.

According to reports, Brittney Carol King was indicted in late February by a federal grand jury in Pikeville, Kentucky on three counts of wire fraud for allegedly sending false information to defraud the Federal Emergency Management Agency, one count of making a false statement and one of filing a false claim.

The indictment alleges King “devised and intended to devise a scheme and artifice to defraud FEMA and to obtain money and property by means of false and fraudulent pretenses, representations and promises.” The indictment claims King lied about her primary residence in the Flat Gap area of Johnson County, claiming that her primary residence at Flat Gap had been damaged in the flood, but that it wasn’t her main residence.

The indictment did not say how much money King received.

One of the indictment charges carries a sentence of up to 30 years.

If found guilty on all counts, she faces decades in prison, as well as hefty fines. King pleaded not guilty on Tuesday, March 14. A trial has been set for May 15th, 2017.

BAD WEEK FOR W.Va. DRUG DEALERS TO BE IN MARTIN COUNTY