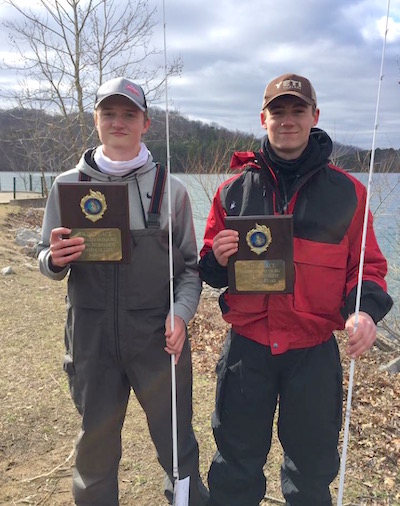 Paintsville, Ky. — This past Saturday on a windy and chilly day 25 boats and 52 anglers made their way out on Paintsville Lake to participate in the first McDonald’s ” Dream Big ” fishing tournament held by Sheldon Clark high school.

“… I was the boat captain for the senior duo of Conner May and Brayden West. Fishing conditions were about as tough as it gets: cold water, cold weather, and harsh wind. Conner and Brayden fished hard, resulting in a 3rd place podium finish. For their efforts, each earned a Boyd Duckett fishing rod and a trophy. Glen Rowe captained the team of Bradley Copley and Caleb Fletcher, who finished 4th. John Pannell and Rick Staniford captained the reigning, defending 2016 KHSAA bass fishing state champions Eric Price and Noah West to a 6th place finish. Paul Arnette captained for Harley Davidson and Haden Stambaugh and Chris Wilson captained for the freshmen duo Luke Cassell and Briyce Brooks.”

AN INTELLIGENT SOLUTION FOR OBESITY