Louisa, Ky. —  Preseason 15th Region softball favorite Pikeville ( 1-0 ) scored five runs in the first inning on a couple Lawrence Co. ( 0-1 ) misplays in a 11-7 victory over the Lady Dawgs. It was the season opener for both teams on a windy Saturday afternoon. 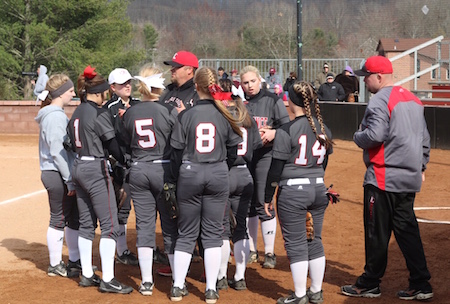 Lawrence Co. fell behind 9-1 before rallying for to cut the lead to 9-5 in the fifth but left the bases loaded to end the inning. The Lady Dawgs scored 2 in the bottom of seven but dug to big of a hole to complete the comeback.

Ciana Bowen went all seven innings on the mound giving up five hits and only two earned runs but the defense committed to many mistakes. 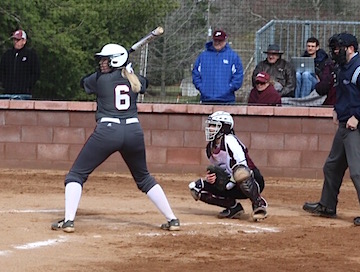 The Lady Bulldogs will return to action Tuesday at Ashland, Thursday at Raceland, and Saturday at Lexington Henry Clay.

“… Defense didn’t show up today, we kicked it around too much and I’m not sure how many errors we had, I quit counting. We’re pretty young in some spots and the moment sometimes gets to be too much. With that being said we have worked hard enough and practiced enough that those routine plays need to be made.”

“…Pikeville is the best team in the Region, they are experienced and very deep. We hit the ball well but some of our older kids need to step up in key spots. We are going to hit the ball, just need to play both sides.”