LAWRENCE CO. FALLS TO PAINTSVILLE ON THE ROAD, 3-1

Paintsville, Ky. — Lawrence Co. (2-1) suffered their first loss of the season on a chilly Thursday night 3-1 on the road at Paintsville (1-1) as the Tigers scored three runs in the bottom of the fifth to pick up their first win of the season. 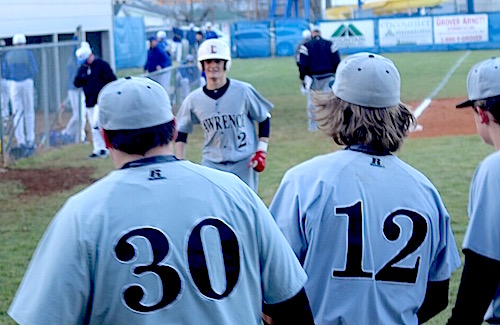 Lawrence Co. shortstop Peyton Cyrus gave the Dawgs a 1-0 lead in the top of the 5th on long home run over the left field fence. Paintsville scored three times in the bottom of the inning off LC relief pitcher Bryce Blevins.

Starter CJ Fairchild threw four innings of scoreless baseball to get a no decision. The Bulldogs had only three hits and squandered a bases loaded opportunity in the first inning. Peyton Cyrus’ home run, a CJ Fairchild double and a Jarrett Fairchild single. LC committed four errors in the loss.

Lawrence Co. will return to action on Friday night at Fleming Co. and then open up 60th District play next Tuesday at Belfry and Wednesday at home vs Belfry.

“… Top of the first we had them on the ropes and let them off the hook. Had a bad at bat with the bases loaded and very well could have been the difference in the game. Their guy were struggling and we just let him off the hook. Their pitcher is a senior and pitched well against us in the past, after that inning he settled in and pitched well.” The bullpen for them did a good job and we really didn’t have a good approach at the plate but that is to be expected this early.”

“… Cyrus hit a hanging breaking ball over the left field porch and we expect our older guys to do those type of things, but everybody else has to chip in as well.” We played terrible defensively all game and bottom line we weren’t ready to play.” CJ started and Bryce pitched well just had some bad luck.” We need to get into the flow of playing with two big District games next week.”