BOARD VOTES 5-0 TO IMPOSE ‘NICKEL TAX’ ON PROPERTY OWNERS

Wilson is preparing petition to get issue on the ballot

The Lawrence Co. Board of Education met Wednesday for a special tax hearing for the public and voted unanimously to impose a five cents per $100 dollar ‘nickel tax on the property owners of Lawrence County. 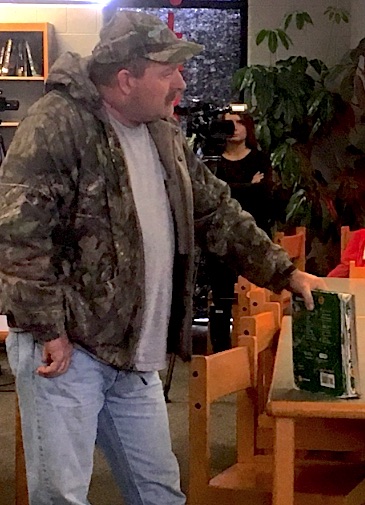 people at the meeting, they just have to have a public meeting before they can get the tax on the books. And they didn’t.

“Everyone here wants the best for our children,” Board Chairman Heath Preston told the crowd of 25-30 citizens.  “I appreciate all the input because most of the time we are here in these meetings with no one else present.”

Preston said the BOE is looking out for the children.

“We are just concerned about the 400 children going to school in a building that needs a lot of work,” Preston said in defending the tax hike.

But concerned citizen and taxpayer Danny Ramey wasn’t buying it.

“Enough is enough, no more taxes, you always want more” Ramey said. “We have leaky roofs and my children don’t even have textbooks that have covers. I feel like these requests keep coming and nothing improves.”

Ramey showed a book of his son’s that had no back cover and looked like it was in bad condition. 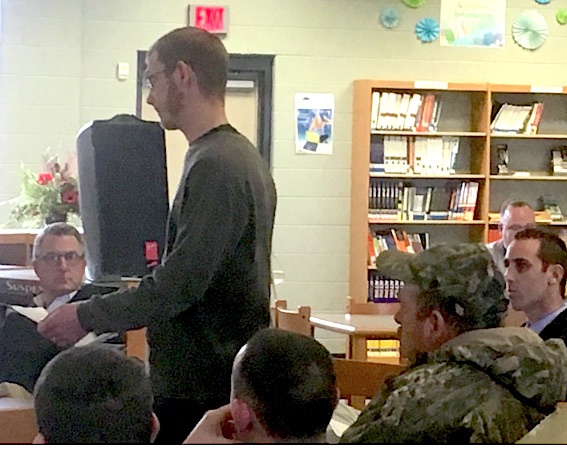 Another parent, Todd Wilks, voiced his concerns about the proposed nickel tax and felt the School Board was wasting $30,000 for this tax levy that is likely to be defeated by the public.

“I will help lead the opposition on getting a petition together to defeat this unnecessary increase,” Wilks said.

Louisa attorney and entrepreneur Gene Wilson once again reminded the Board about his previous recommendation to acquire some of the money from the mineral rights revenues that aren’t currently being collected.

“A large number of those buying and selling these mineral rights are not even residents of The Commonwealth or the county,” Wilson said. “Collecting this 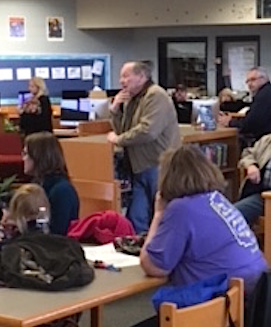 revenue could possibly offset any future needs for a ‘Nickel Tax’ to be assessed.”

A spokesperson in Wilson’s office said Thursday that his staff is busy preparing a petition to be circulated throughout the county to have the ‘nickel tax’ taken back off. That is the only avenue the people can use to get the issue on the ballot for all to vote on, Wilson said.

Supt. Fletcher has said that almost every surrounding county has passed the ‘nickel tax’ and that it is “well known” in education circles that a county must pass the nickel tax if it wants funding for new construction. But in neighboring Johnson County the BOE voted in the nickel tax but a group of taxpayers got up a petition and passed it. When the issue was put before the public, they voted it out. Martin County does currently have the nickel tax. 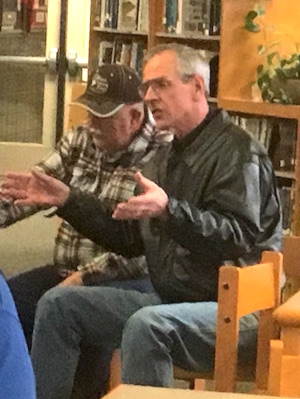 Fletcher has also said a new school that would house elementary students in Louisa will cost in excess of $15 million and the county only has bonding capacity of $7 million at this time. “We will have to have the state match our bond if we are to be able to build a new school,” Fletcher said.

Fletcher said he appreciated the number of people attending the meeting and he was courteous when responding to the audience questions.

When specifically asked about the proposed ‘Nickel Tax’ NOT being approved, Dr. Fletcher stated, “If this isn’t done now It will be at least a decade before Lawrence County kids will have a new school building.”

The meeting was then adjourned and a special meeting of the BOE was immediately called into session.

ROTARY TO JOIN IN 'HOPE FOR HAITI' PROJECT IN LEXINGTON