Lexington, Ky. — It was another first for Lawrence Co. Senior Tim Dalton when he walked across the stage at the 2017 Kentucky Mr. and Miss Basketball Banquet on Tuesday night at the Bluegrass ballroom. Even though Dalton didn’t win the highest honor, he was the first Lawrence Co. player to be recognized as the 15th Region player of year and attend the Banquet. 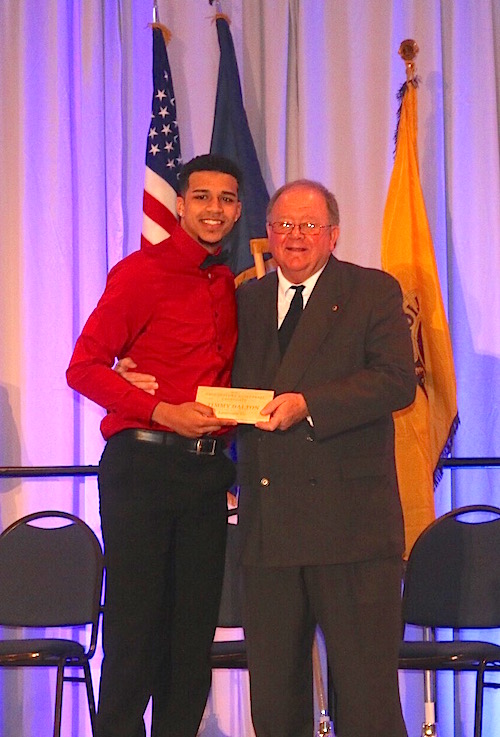 As the Nations leading scorer in 2017 Dalton averaged 37.4 ppg 11 rebounds and 7 assists and guided his team to 22 wins a Region semifinal appearance when nobody thought the Bulldogs would get out of the District this season. For all that he has done this season he was a serious candidate for Kentucky’s highest individual award. 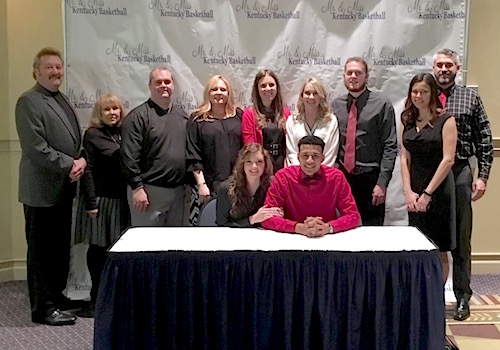 Dalton recently de-committed from Salem International and reopened his recruitment. He is looking at a couple different prep schools at this time. 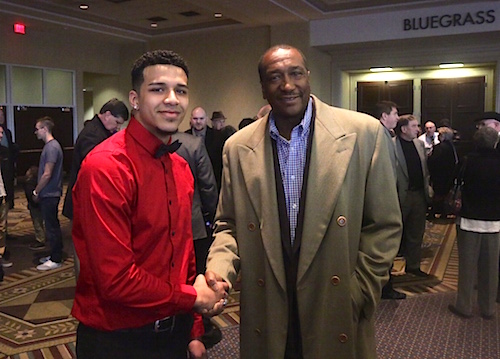 Dalton finished the year with 1,272 points. He finished his career with 3,309 points which is 15th in state scoring history, 1,065 rebounds for 27th in state history. He is the all time leader in free throw attempts in the state with 1,058 he made 287 this season and 651 for his career. Dalton is second in all time field goals in the state for his career with 1,221 only behind former UK player Chris Harrison who made 1,233 shots. Dalton also helped Lawrence Co. win 111 games in his five year career and played in four straight Region tournaments, 2 regional finals and the Bulldogs’ first ever trip to Rupp Arena for the state tournament.

“… Great honor to be the first finalist from Lawrence Co. and come down here and be a part of something like Mr. Basketball for him and the school.” He has put in a lot of work and did everything that we asked him to do, from being a leader on the floor and to produce like he did game in and game out. He had great year and he really was genuinely happy for (Mr. Basketball) Taveion Hollingsworth when it was announced.”

“… Special moment for me that my family and friends were here to support me and even though I didn’t win, I’m happy for Taveion, I got to play alongside him for three years (AAU) and have great respect for him.” He told me that he thought it would come down to me and him, he told me that I was a great player and I feel the same about him, he deserved Mr. Basketball.”

“…Five years ago when this thing started I never dreamed I would be standing here today, I can’t thank my coaches, teammates and family enough for helping me get to this point. It is a dream come true.”

“…Best basketball moment was wining the Region title last year with my brother and those seniors we had a great ride. I’m grateful to my family, friends, coaches and anyone else that has supported me along the way. I will miss being a Bulldog.”

IN KENTUCKY COAL COUNTRY, LAWMAKERS OPEN UP TO NUCLEAR POWER