He was found guilty in less than 30 minutes on Nov. 26, 2014 after a three day trial. Jurors fixed punishment at three years on each of the five counts, with the terms to be served consecutively, a sentence the trial court imposed without change.

On appeal in June of 2016, Purdum claimed the trial court should have excluded all sexually explicit videos, especially since he offered to stipulate they contained child pornography, and should have granted his directed verdict motion. After the court reviewed the briefs, the record and the law, The Appellate Court of Kentucky reversed and remanded further proceedings due to the trial courts failure to conduct the balancing test required by case law and KRE 403.4. This decision was recorded on April 22, 2016. Nearly one year later, Purdom is back on the Lawrence County Circuit Docket to be re-tried and has been reset for re-arraignment. Asst. Commonwealth’s Atty. Anthony Skeans said Tuesday (today) his office will work along with attorneys from the state Attorney General’s Office on the re-trial.

He remains free on an appeals bond pending the re-trial.

Grover Copley, 40, was arraigned and pre-trial set for 3/24/17 for Charges of Possession Of a Controlled Substance 1st degree, Operating a MV Under the Influence of Alcohol/Drugs, Possession of Drug Paraphernalia , and Reckless Driving . A Public defender was assigned.

Brandon Birt, 30 was arraigned on charges of 1st degree Possession of a Controlled Substance/Cocaine, 1st offense. Pretrial was set for 3/24/17.

Richard Bowens, 27 was arraigned and pled guilty to escape in the 2nd degree (1yr. consecutive to separate charges) the charge of Persistent Felony Offender was dismissed. Final sentencing will be on 3/24/17.

Richard Bowens, 27 was also present for a change of plea to Guilty of Burglary, 1st degree, received (3yrs), Assault 4th Degree, No Visible Injury ( 12 months concurrent but consecutive to other case) and Persistent Felony Offender, dismissed.

Shirley Brooks, 71 , was present for show cause of diversion completed on charge. Motion granted.

Todd Fitzpatrick, 22 was arraigned and pre trial set for 3/24/17, public defender appointed for the charges of Custodial Interference.

Adam Fletcher, 35 was present for a status hearing which was reset for 3/10/17 on the charge of Complicity Receiving Stolen Property under $10,000.

Santeena Fletcher, 31 was present for show cause on Diversion Completion, motion was granted.

Travis Harmon, 22 was not present for a Motion to Revoke Probation. A Bench Warrant was issued.

Carlos Hayes, 49 was arraigned and pre trial set for 3/24/17 for Charges of Receiving Stolen Property under $10,000 and Persistent Felony Offender, 2nd degree.

Lowell G Hayes Jr, 26 was present on charges of Complicity Theft By Unlawful Taking, $10,000 or more and Persistent Felony Offender, 2nd degree. Docket does not reflect any action by the court.

Wayne A Leedy, 22 was present for motion for shock probation on Burglary, 1st degree and Assault, 1st degree. The Motion was withdrawn.

Christina D Lowe, 28 was sentenced to 2 years (pretrial diversion) with supervised probation on an amended charge of Complicity to Manufacturing Methamphetamine, 1st offense.

Matthew R Newsome, 36 was present on a motion to correct date of birth on indictment for charges of 1st degree Possession Of Cocaine, 1st offense and Possession of Drug Paraphernalia, 1st offense. The motion was granted.

Keith Penix, 26, was sentenced to (3 years) on Complicity Burglary, 3rd degree (3 years) Complicity 1st degree Possession of Cocaine and (6 months) for Complicity Use/Possess Drug Paraphernalia, 1st offense. All sentencing is Supervised Probation over 5 years. The defendant was released on this day.

Patrick Williamson, 47 Was present for a Probation Revocation Hearing, a hearing was held with witness Billy Slone from Probation and Parole. Probation Revoked and defendant remanded to the Department of Corrections.

Danny D Colegrove, 31 was on The docket for a status hearing. According to Docket defendant was not present and a warrant was issued.

Audrey Medlin, 26 was on the docket for a status hearing. The docket has no activity reported for this case.

Michael Phillip Medlin, 26 was on the docket for a status hearing. The docket has no activity reported for this case.

Green W Ramey, 37 was placed on Docket per court date given on bail bond. The docket shows no activity reported for this case.

Shelley M Triplett, 33 was on the docket because of indictment being returned on January 13, 2017 but no activity was recorded on this case.

Anthony Bart, 20 was present for a pretrial conference on charges of Complicity Robbery, 1st degree, Theft By Unlawful Taking, Firearm and Wanton Endangerment.

Percilla Boggs, 31 was present for a pretrial conference on charges of Complicity Possession of a Controlled Substance (Methampetamine), Complicity to Possess Drug Paraphernalia and Complicity Theft by Unlawful Taking, Shoplifting under $500.

Michael Kyle Cordle, 21 a Pretrial Conference was held on charges of Possession of a Controlled Substance (methamphetamine) and Trafficking in Marijuana, less than 8 oz. 1st offense. 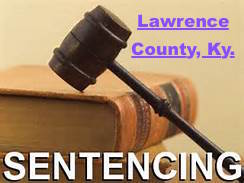 LAWRENCE STILL HAS NINE WITHOUT POWER