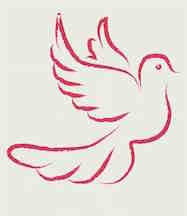 Phyllis Jean Perkins, 79, of Louisa, KY passed away on Saturday, March 11, 2017 at Three Rivers Medical Center following a brief illness.  Phyllis was born July 27, 1937 in Blaine, KY.  She was the daughter of the late Henry and Mable Dean.

Mrs. Perkins was a cook for 22 years for the Lawrence County Board of Education and a member of Smokey Valley Enterprise Baptist Church.

Online condolences can made at www.wwilsonfuneralhomeky.com