(This is from the Berea College Magazine and I copied it best that I could. She is the daughter of Harry Matney in Fort Gay who was the Power Company man here in Lawrence County and Wayne County, too. He was there for 50 years and his wife was the school teacher in Fort Gay Black School in the 40’s and 50’s. I thought it would be nice for the many that remember Harry very well. Leonard Compton knew him pretty good and could tell you something about him and his daughter to. 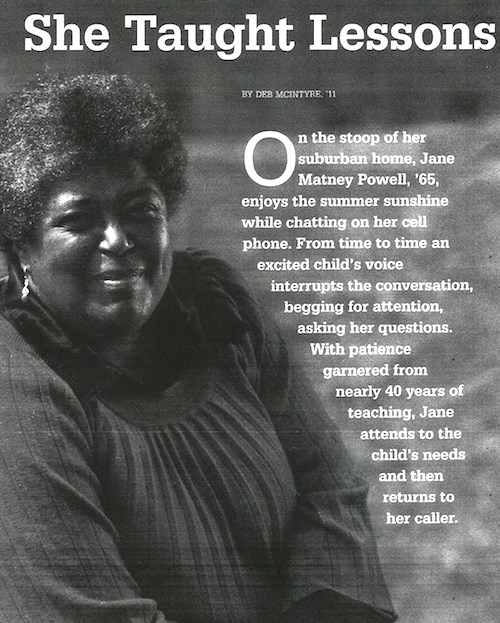 Jane Matney Powell lived most of her life in Ohio, but her heart still lives in a tiny town along the Big Sandy River. James grandfather, a former slave, chose to settle in Fort Gay, West Virginia, across the river from Louisa, Kentucky.  His father called him in shortly after the end of the Civil War and said,  “you’ve got to take your family out of here. I’m getting old, but my family will never let you in here at this farm.” With the wagon, form tools, and a bit of money his father gave him, the young man headed west with his wife and children. 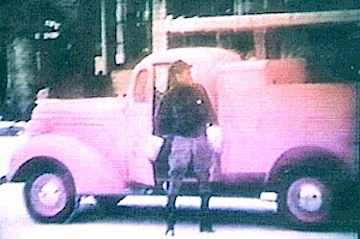 Why the family separation? Because James great- great -grandfather was a white farmer who lived in the mountains of Western Virginia. Her great great grandmother was a runaway slave (according to family lore) from western North Carolina. She found shelter on that isolated form and later died in childbirth. The farmer raised his sons and taught him to farm along with six other runaways whom he passed off as his slaves.

More than 80 years later, when Jane was born, her extended family was sprinkled throughout the area where the Tug Fork in West Virginia and the Levisa Fork in Kentucky converge to form the Big Sandy River.

All of the blacks in the area where distantly related, most migrating from the same area of Virginia. Fort Gay’s population totaled about 800 during Jane’s childhood and remains the same size today. Her high school enrolled about 250 students in grades seven through 12. Most people worked for the railroad or coal mines. The power company employed Jane’s father. The youngest of three children. Jane was homeschooled by her stepmother until age 11. 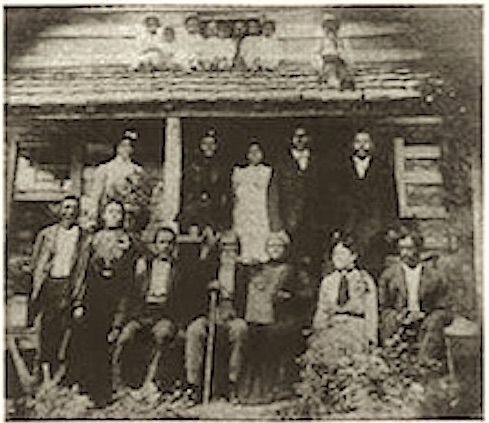 “I can’t remember any point in my life when somebody wasn’t teaching me something,” she says. Jane learned math concepts at age 4 from her grandfather, a man born in 1865. “In those days you lived close to your family and the older members spent a lot of time with the children,” Jane said. She read “anything and everything I could get my hands on.” Her grandmother and mother, both former teachers, and other family members kept a wide variety of books throughout the house. “ if I was acting especially antsy, my grandmother would say, “well go find you a book to read.” All of that reading rubbed off. Jane decided she wanted to be a writer and became a voluntary stringer for the former Huntington Herald Advertiser. 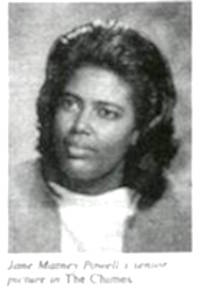 When it came Time to choose a college, Berea appealed to her because of its association with Carter G. Woodson (1903), The father of black history. “He is a significant person, especially in the black community, someone to be respected and admired. The fact that he went to Berea was the icing on the cake.”

When she enrolled, African Americans had begun returning to campus a decade earlier, after the repeal of the Day Law. About 120 blacks attended Berea in the early 1960s at the height of the civil rights movement, led by Martin Luther King, Jr. during her senior year, Jane and other Berea college representatives participated in the final leg of King’s march from Selma to Montgomery, Alabama to protest restrictions on black voters.

She spent more than three years honing her writing skills while reporting for the Berea Citizen, which was then published by the college. “The experiences at Berea we’re very important to the person I grew into. I’m glad I didn’t go anywhere else. The other places I’ve gone none of them compare to the culture at Berea in the 60s. Berea has been an important influence in my life. I wouldn’t trade that for anything.”