SOFTBALL DAWGS READY FOR THE NEXT STEP in 2017 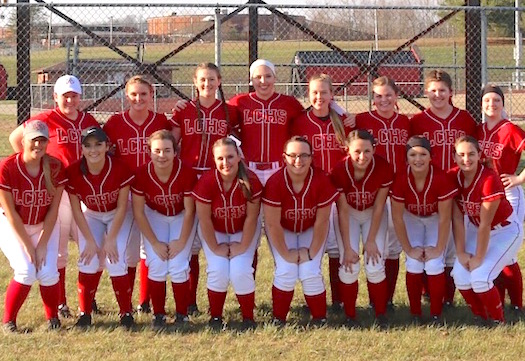 Louisa, Ky. — After losing fours seniors off last year’s 60th District championship and 15th Region Semifinal team the Lawrence Co. Softball Dawgs are ready to make the next step in 2017 with a trip to Owensboro for the State tournament. The Bulldogs haven’t been since 2010.

Lawrence Co. went 25-15 last season under veteran head coach Kenny Horn and won the 60th District for the second straight season. The Lady Dawgs have never lost a 60th District game since moving from the 57th in 2015. 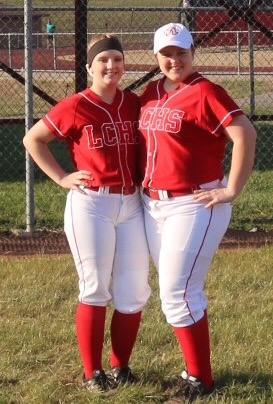 The Lady Dawgs will host the District Tournament this season for the first time since 2010.

LC lost the four seniors from last year but the 2017 team should be faster from top to bottom. The schedule is always tough which prepares the Lady Dawgs for post season play. LC will be the favorite in the 60th once again and should be ranked in the top three in the 15th Region along with Pikeville and Johnson Central to start the season. The Bulldogs will have three new starters in the outfield this season. But return enough to be in it at the end.

“… Can’t believe it is our senior year, it is bittersweet I wanna leave but I don’t want to give up the sport I love. We are going to take it game by game, we have short term goals. Obviously state tournament is the ultimate goal but we have to take it day by day, win by win and then into District, Region and State.”

“…Always try to have a positive attitude as senior leaders, we have had some bad seniors and also some good ones in the past, we want to be the good seniors. We try to unite everybody on the team no matter what grade they are in. We involve everyone on the team and we are more united then teams in the past.”

“…Tough loss to Central but we have hope going in that we can play with them. We didn’t get blown out so that is a plus. They lost just as many seniors as we did so we know they are beatable. That is our mentality going into this season.” We don’t pay attention to rankings because they are so unpredictable especially in the preseason. I think they are underestimating us at the moment. We just play as hard as we can each game.”

“… It is hard to believe it is our last year. We are goijng to take it game by game and hopefully have a good season. In the past we have had some tough times. This team really gets along well and I think it is going to be fun season.”

“…We try to be role models and guide them in the right direction especially in school because we as seniors know how tough it is. We want to make sure everybody feels like they are part of the team.”

“…Losing four senior starters will be tough but I think we have enough girls to step in and do what they have to do. Losing like we did in the Region was tough. We have played Johnson Central a ton and we have respect for them. It is probably our biggest rival in softball.”

“…I think this is our year.” We don’t pay attention to the rankings at all. Seems like if you do and then play a team ahead of you that will get you down before the game even starts. We just want to take it one game at a time.”