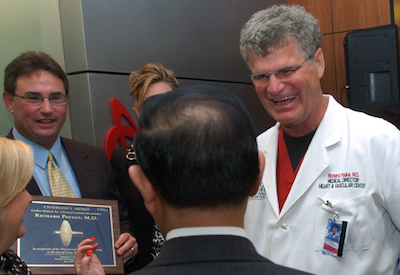 ASHLAND, Ky. (AP) – A Kentucky doctor who had been convicted of performing unnecessary heart procedures on dozens of patients has been acquitted on all charges.

The Independent of Ashland reports Judge David Bunning on Tuesday acquitted Ashland cardiologist Dr. Richard E. Paulus of all 11 counts against him and conditionally granted the defendant’s motion for a new trial.

A jury in October had convicted Paulus on charges of health care fraud and making false statements relating to health care matters. He was accused of falsifying records over a five-year period to make it appear that the procedures were necessary before billing Medicare, Medicaid and other insurers.

Bunning, however, said prosecutors didn’t prove beyond a reasonable doubt that Paulus had “acted with fraudulent intent.”

Paulus was facing up to 25 years in prison.