Pikeville, Ky. — Three Lawrence Co. Bulldogs made the 15th Region Basketball all tournament team that was announced after the finals of the Girls and Boys championship games. 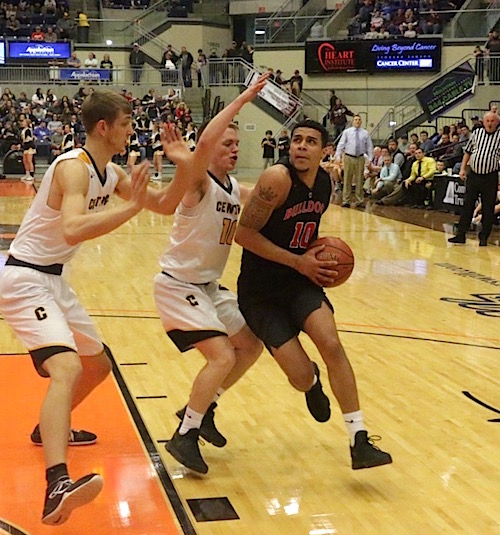 On the Boys side it was Ky Mr. Basketball candidate Senior Tim Dalton who finished his illustrious career at Lawrence Co.  after five years at the varsity level.

Dalton finished the year with 1,272 points for an average of 37.4 ppg, 11.1 rebounds and 6.4 assists per contest. He finished his career with 3,309 points which is 15th in Ky scoring history, 1,065 rebounds for 27th in Ky history, he is the all time leader in free throw attempts in the state of Ky with 1,058 and he made 287 this season and 651 for his career. Dalton is second in all time field goals made for his career with 1,221 behind former UK player Chris Harrison who made 1,233 shots. Dalton helped Lawrence Co. win 111 games in his five year career and played in four straight Region tournaments, 2 regional finals and the school’s first ever trip to Rupp Arena. 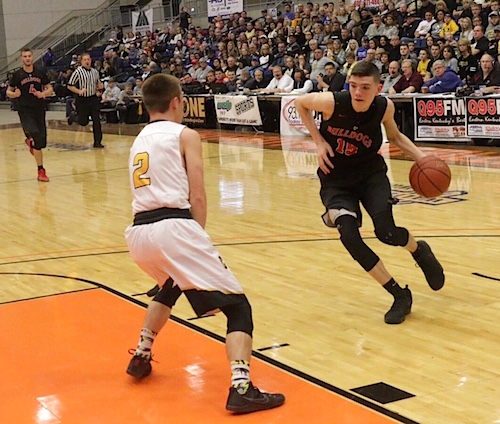 8th Grader Jared Wellman burst onto the season early on and never let up as he scored a school record 519 points for an 8th Grader and averaged 15.3 ppg to help the Dawgs win 22 games and reach the Region semis were he scored 25 points in a heartbreaking loss to Johnson Central. He also averaged 5.2 rebounds and hit 56 threes on the year.

On the Girls side Freshman Lexie Ratliff made the 15th Region all tournament team for the second straight season after helping the Lady Dawgs upset Belfry and advance to the 15th Region tournament. Ratliff averaged 16.6 points and 6.7 rebounds per game.

Tim Dalton had a career for the ages in his five years at Lawrence Co. and was a joy to cover the last few years. He has grown leaps and bounds as a player and as a person.

The Bulldogs and Lady Dawgs return a host of players and will be moving into the 58th district next season. I look for both teams to challenge for the top spot.