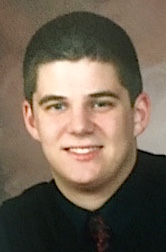 Josh was born in Ashland, Ky on August the 23,1993. He was an Operator at the Harrison Power Station in Haywood West Virginia and had previously attended the First Baptist Church of Louisa.

Josh leaves behind his loving and devoted parents Robert and Libby Caperton Marcum and his brother Matthew Jacob Marcum. Also surviving are his  beloved grandparents, Granny Velva Marcum of Fort Gay and his Mamaw and Papaw, Fannie and Tommy Caperton of Louisa. Josh has many aunts, uncles, cousins, and friends that will miss him dearly.

Online condolences can be made at www.wilsonfuneralhomeky.com