Pikeville, Ky. —  Lawrence Co. ( 10-22 ) was making their third straight trip to the 15th Region tournament Tuesday and just like the last two seasons they will only get one game in the East Ky Expo center after South Floyd ( 26-7 ) took care of the Lady Dawgs 67-49 in the first round on Tuesday night. 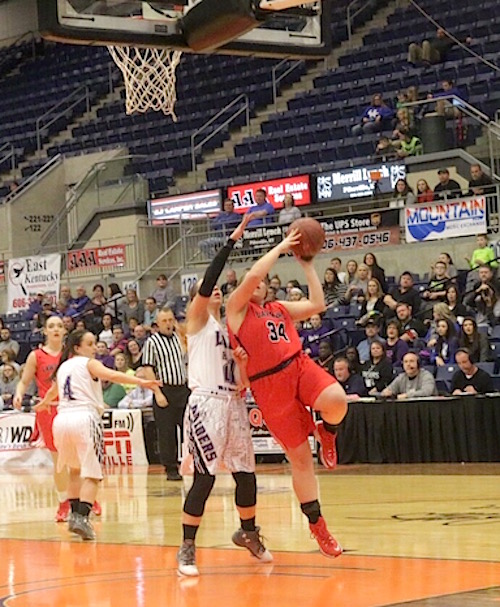 South Floyd led by ten points after getting a three pointer at the buzzer and led 21-11 at the end of one quarter. The Raiders extended the lead in the second quarter with some outstanding ball movement and shooting to lead comfortable 44-25 at intermission.

In the third period Lawrence Co. pulled within 13 points and had a good look at a three pointer that went in and out and the Raiders took advantage and got the lead back to 19 heading to the final stanza.

The young Bulldogs couldn’t dent much into the lead as the season ended for 2016/17. 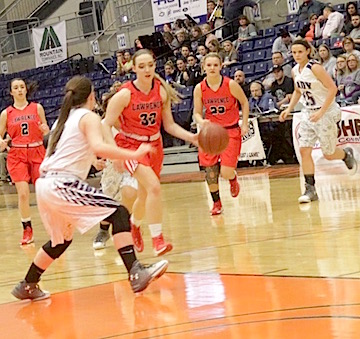 Lawrence Co. had two in double figures as Lexie Ratliff hit for 13 points to go along with a team high 6 boards, Kelly Davis finished with 10 points, Hannah Rucker hit 3 threes and finished with 9 points, Kylie Maynard tacked on 6 points, Kassidy Cavins and Chelsey Fields chipped in with 4 points each, Annabelle Silva had one bucket and Samarra Akers hit one free throw. Sheree Hay had 4 rebounds. LC went 12-19 from the line and hit 3 threes. 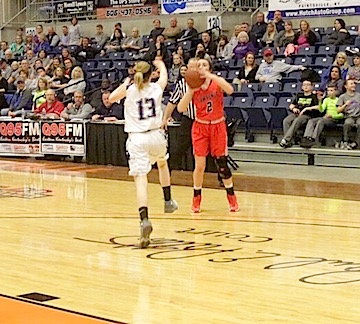 “… Defensively we really struggled tonight, they have some really nice guards and the difference tonight was the seniors going against our younger girls, the experience really showed tonight we couldn’t keep them out of the lane.” The lead was too big we made a little boy of a run but couldn’t get it under double digits.

“…We have a lot of work to be done in the off season on both ends of the floor. Got everybody back next year plus getting an injured player into the mix, so we are excited to get back to work and get ready for next season.”

NO QUORUM FOR UTILITIES BOARD MEETING