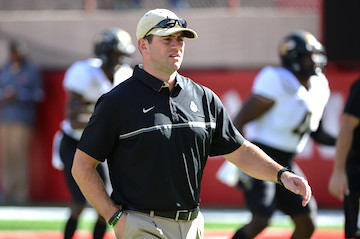 GERAD PARKER WAS MULLING WIDE RECEIVERS POSITION FOR EAST CAROLINA AFTER QUITTING AS RUNNING BACKS COACH AT UNIVERSITY OF CINCINNATI, FOR WHICH HE WAS HIRED A MONTH AGO 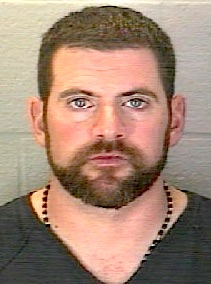 A former Lawrence County AND UK football star, who recently served as interim head coach at Purdue University and was in the process of joining East Carolina’s staff, was charged with operating a motor vehicle while intoxicated early Tuesday morning, February 21, in West Lafayette, Indiana.

Gerad Parker, 36, was hired by the University of Cincinnati Bearcats football team last month January 17, as the running backs coach, via a recommendation by former University of Kentucky football coach Joe “Joker” Phillips, Jr., who was hired as the wide receivers coach for the Cincinnati Bearcats just a few days earlier before Parker’s hiring, joining the staff of new UC head coach Luke Fickell.

But Parker resigned on Friday, February 17, with the intention of joining East Carolina’s staff, according to UC spokesman Ryan Koslen. Parker had been talking with East Carolina about filling its vacant wide receivers coach position, but he had not been officially hired, another source said.

The day after his arrest, it was announced Parker, who was the front-runner to become East Carolina’s wide receivers coach, would not be hired by ECU after his arrest Tuesday, school spokesman Tom McClellan said on Wednesday.

Since Parker is no longer at University of Cincinnatti the school has no comment on his arrest, Koslen said. UC has not named a new running backs coach.

Parker was charged around 2 a.m. Tuesday by West Lafayette police, the Exponent, Purdue’s student newspaper, reported. Parker was taken to the Tippecanoe County Jail and was released later on Tuesday without bond, a jail spokesman told the Exponent.

Parker spent four seasons with the Boilermakers. He served as tight ends coach for two seasons before becoming wide receivers coach in 2015.

In October 2016, Parker was named Purdue’s interim coach after Darrell Hazell was fired midway through the season. Parker was winless in six games and wasn’t retained as an assistant by new Purdue coach Jeff Brohm.

Parker took to social media and apologized in a post on Twitter Wednesday morning, saying he’d caused “pain to my wife, children, my family and friends,”and thanked those who have shown their support and apologized to his followers with this tweet:

I’m sorry to all my friends and family. Thanks to all that have reached out and shown support. pic.twitter.com/hnk32XPsCY

Gerard Parker would shortly later delete that tweet, only a little while later on Wednesday morning releasing a much longer statement on Twitter: 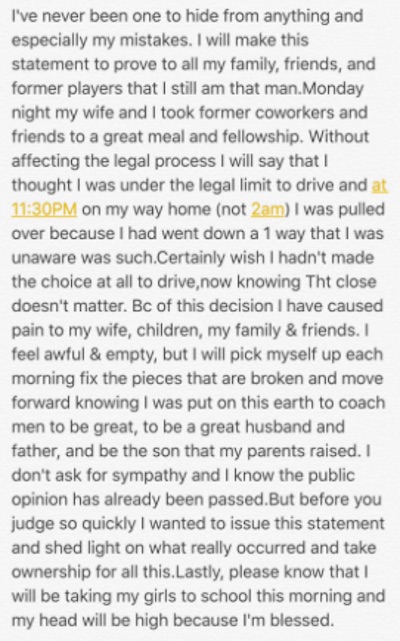 Gerard Parker was a standout football player at Lawrence County High School in the late 1990s, and upon completion of his high school football career, was Kentucky’s all-time leading wide receiver, where he had set the all-time leading state receiving records with 238 catches, 4,814 yards and 52 touchdowns (the 4,814 receiving yards was second on the all-time national list for high school football wide receivers at the beginning of 2000). His 65 receptions, 1,504 receiving yards and 20 touchdowns as a senior made him a finalist for the 1999 Kentucky Mr. Football Award, losing out to eventual University of Kentucky teammate Travis Atwell.

Parker received a full four year scholarship to play football at the University of Kentucky in 2000. He sat out the 2000 season as a red shirt freshman, but in the end, his football career at UK was limited, as he suffered injuries in all of his next four seasons.  Three of his injuries were season ending, including being afflicted with two broken collar bones in separate seasons, a back injury in another season, and in his final senior season, was hampered by a freak injury that happened in football practice, when one of the field water sprinklers on the UK football practice field did not retract, and when Parker was tackled on a practice play, one of his bare legs slid across the sprinkler, causing a severe deep slashing gash of his calf muscle.

In his entire five year career at UK, he had 15 catches for 168 yards, all of those taking place in his final season.

After his college football career was over and he graduated from Kentucky in 2005,  Parker coached wide receivers and defensive backs at Raceland-Worthington High School from 2005–2006.

In 2007 Parker took a graduate assistant job at Kentucky, where he worked with wide receivers and the offensive scout team. The following year Parker was hired by UT Martin, where he was the running backs coach and recruiting coordinator.