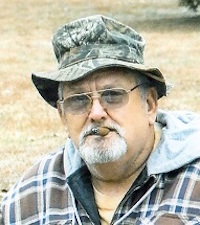 Mr. Adkins was born in Louisa, Kentucky on November 20, 1944 to the late Charlie and Tenny Berry-Adkins. He was a mechanic for many years and was a member of Bartrams Chapel. Bobby was also a Veteran of the US Army having served his country honorably.

Besides his parents he was preceded in death by three siblings Randall Diamond, Sue Crabtree and Paul Adkins.

Funeral services will be held at the Young Funeral Home Chapel at 1:00 pm on Saturday, March 4, 2017 with Mack Ray Cyrus and Joey Adkins officiating burial will follow at the Christian Cemetery at Big Hurricane in Fort Gay.

Visitation for family and friends will be at the Young Funeral Home Chapel from 5-8 pm on Friday, March 3, 2017.

In lieu of flowers donations in memory of Mr. Adkins are suggested to the Oak Grove Church or the Huntington City Mission.

Online condolences maybe left for the family by visiting www.youngfuneralhomeinc.com