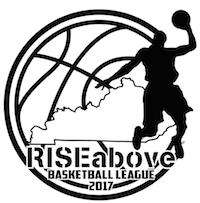 Congratulations to the 60th District Champs Lawrence County Bulldogs. Our vote for KY Mr. Basketball Tim Dalton led his team to through the district tournament.

None other than #timmybuckets older brother, Robert, shined in week 7. Robert Dalton put up league high numbers with 40 points and add 11 rebounds. Good enough to earn him week 7 player of the week for the second time this year.

Josh “Superman” Wilks was unstoppable with 28 points this week but still fell short as Average Joes lost a close one to Triple Threat. Zach Cantrell led the way for TT with 18 points.

JJ James put together another great performance with 23 points and 13 rebounds. Dawg Pound is one of two undefeated teams. 50 Shades of Gray Hair stayed right with the undefeated Twin City Buck’s. 50 Shades getting the reputation of being one of the better defensive teams in the league. A balanced attack led by Shawn Thompsons 14 points, 5 rebounds, and  4 assists allowed the Bucks to squeak by with a 9 point win.

The bash brothers Eric Arnett and Joey Howard combined for 49 points to pull out another close game over a poised Prime Time team. Danny’s Diaper Dandies would win by 9.  The season is heading into the last week of regular season and it has truly been another great year. We hope to get All Star selections out soon and can’t wait to see how the tournament seeding ends up.

Word of the Week: 2 Corinthians 3:12 Therefore, since we have such a hope, we are very bold. 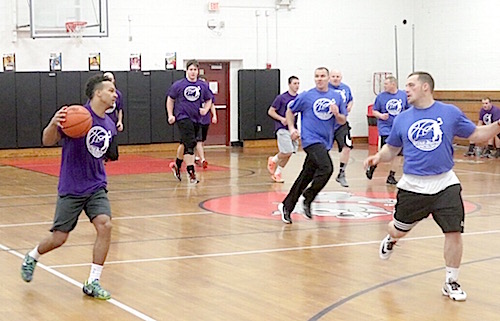 9am – Bank $hots vs Dawg Pound

Mighty Hawks: Forfeit due to not enough players.

9am – Prime Time vs Dawg Pound

10am – Triple Threat vs Louisa Legends

11am – Danny’s Diaper Dandies vs 50 Shades of Grey Hair 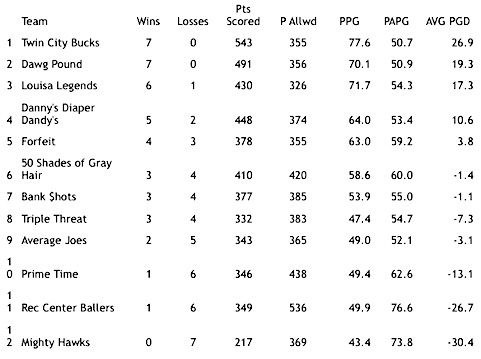 Winner of the LOUISA STARS & STRIPES PLAYER OF THE WEEK AWARD GOES TO:

Robert Dalton – Robert “Superstar” Dalton scored 40 points, 11 rebounds, 2 assists, and 3 steals that led the Legends to victory.  Slashing and dashing his way to the basket in an unstoppable fashion earns him a $15 gift certificate from LOUISA STARS & STRIPES.  Stop by in the Louisa Plaza (old Long John Silver’s Building or call 606.638.5000.