Fort Gay, W. Va. — Tolsia ( 10-12 ) turned a one point halftime lead into a double digit victory to claim their first postseason win since 2013 by the score of 65-51 over visiting Buffalo ( 6-17 ) in the first round of a Region 4 Section 2 tournament game Saturday night at Rebel Arena. 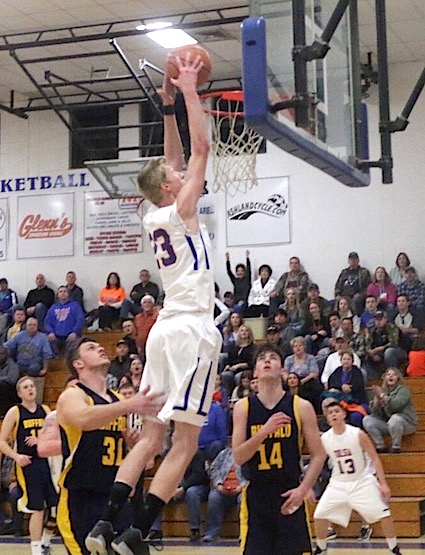 Tolsia fell behind early and trailed 18-10 as Buffalo hit four shots from three point land in the first period. The Rebels fired up the defense in the second stanza and limited the visitors to six points. The offense picked up behind Coty Jude from the outside and Jordan Johnson on the inside as the seniors scored all 25 points in the first half to stake the Rebels to a 25-24 lead at intermission.

In the second half all of the Rebels would contribute as Tolsia scored 25 points in the third quarter to lead 50-41 going into the final period. In the fourth the Rebels played keep away and extended the lead as they would secure the win.

Johnson poured in 25 points and Jude finished with 23 points to pace the Rebels, Logan Presley tallied 7 points, Jared Switzer chipped in with 4 points, Trey Smith hit a three pointer for his only points, Brian Campbell 2 points and Jacob Mollette hit a free throw to round out the scoring. Tolsia went 20-24 from the line and hit 4 three pointers on the night. 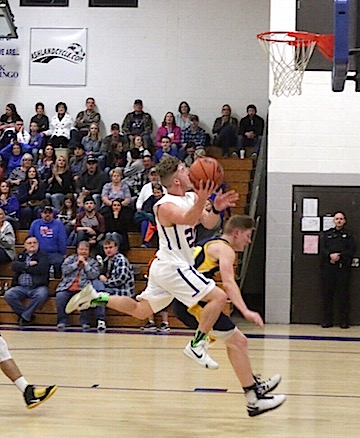 Buffalo was led by Austin Starcher with 18 points and Dillon Williams with 14 points. They went 4-7 from the line and hit 7 three pointers in the contest.

Tolsia will advance to semifinal play on Tuesday night at Huntington St. Joe. Tolsia lost both matchups in the regular season 74-71 at home and just last week 83-72 on the road.

“…We came out in the zone on defense and came out a little flat, they made some threes and we fell behind. Went man and the really picked it up on defense and that helped our offense as well.”

“…Our seniors have stuck it out through the years and they play so hard, really deserve it. Hopefully we can keep it rolling on Tuesday night. We played without Presley last time at St. Joe and had way too many turnovers, when you don’t have your point guard that tends to happens, they are long and athletic but I think we have a real shot. If we handle the pressure and take care of the ball I think we can come out with a win.”

Robert Dixon May, 93, of Louisa, Kentucky