The Time Has Come for Kentucky To Reform Its Justice System 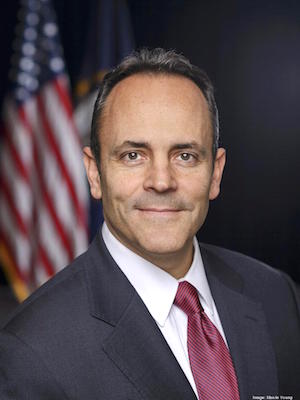 Last year, during my visit to the drug treatment program at Roeder Correctional Complex in LaGrange, Kentucky, I met a young man there named Joe. He was smart and articulate, the son of a police officer and a father himself. He was also a heroin abuser, whose addiction had driven him to rob banks to pay for his drugs. On the day that I met him, Joe had joined the drug treatment program at Roeder, and was clear-eyed, reflective, and focused on turning his life around. He was anxious to rejoin society, find a good job, and get back to taking care of his family.

Senate Judiciary Chairman Whitney Westerfield has introduced Senate Bill 120, a broad piece of legislation that will do much to help people like Joe. First, this bill gets government out of the way and helps put returning citizens back to work by removing state licensing restrictions that keep people with records from being able to work in certain jobs. The bill will also improve reentry substance abuse supervision for many of those returning to our communities. Currently those who struggle with addiction tend to cycle repeatedly through prison doors because they have difficulty getting the real help they need.

SB 120 also establishes a mechanism for private industry to operate inside prisons, giving inmates an opportunity to learn real-life job skills while also paying restitution and child support. Additionally, the bill allows certain lower-level inmates serving felony sentences in county jails the chance at work release, which enables them to become more employable post-sentence and able to pay restitution. Finally, the bill establishes opportunities for jails to operate reentry centers or day reporting centers that provide participants with beneficial supervision to ease transition back into society.

This legislation is the product of months of work done by a task force I created to take a hard look at our justice system and find ways to make it more effective and more efficient. The Criminal Justice Policy Assessment Council (CJPAC) included members of law enforcement, county and state officials, victims, legislators and business voices. And while introduction of SB 120 is a great step forward, our work is far from over.

Every year, 37,000 Kentuckians charged with low-level, non-violent crimes sit behind bars for an average of 109 days simply because they cannot afford to pay their bail. These people have not been convicted of anything, and if they had the money to pay their bail, they would be able to continue working and supporting their families. Their pre-trial detention costs the taxpayers of Kentucky more than $125 million each year. Our judicial branch, led by Chief Justice John Minton, is working hard on a pre-trial release program to address this situation, and the success of this effort will inform future reform legislation.

And while the legislature and judiciary are working on solutions, we’ll do our part in the executive branch. I recently signed the Fair Chance Employment Initiative, which will help people with records get their foot in the door for state jobs and allow them an opportunity to explain their efforts at rehabilitation during the hiring process.

During my State of the Commonwealth address, I promised that we would be bold in tackling our state’s greatest challenges. Kentucky is 47th in workforce participation. One cause of that problem is that we are releasing thousands of people from jail or prison each year who cannot find a job. When returning citizens can’t find jobs, they often return to bad habits and poor choices, which explains why more than a third of the prisoners who are released end up back in prison within three years. This cycle of failure must change. People who have paid their debt and proven their commitment to rehabilitation deserve a second chance to be productive citizens. In my speech, I promised that criminal justice reform is coming to Kentucky. Now it is here.

Incarcerated people, like all people, deserve dignity and opportunity.  Here in Kentucky, where nearly every family has been impacted to some degree by the drug epidemic, we will not throw in the towel on our friends and family members who have made mistakes. SB 120 offers incarcerated people, and those returning home, substance abuse programming, job-training, and a path to a different life. The bill does this while also keeping our communities safe. I hope you will join me in supporting it, because when these individuals find jobs, care for their children and turn away from crime, Kentucky has an opportunity to become the best version of ourselves. United we stand, divided we fall.