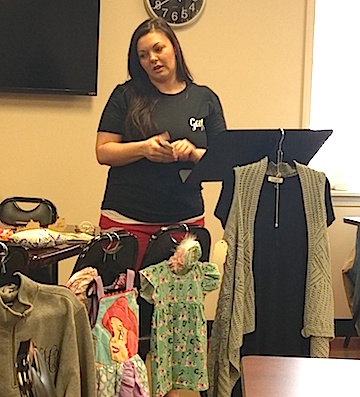 Louisa Rotary met at the First Baptist Church for its regular  weekly meeting on Thursday, February 23rd. The meeting began with the recognition of the birthdays of members Ellen Taylor and Greg Kiser.

Superintendent Dr. Robbie Fletcher made a few announcements. One is that the nickel tax was voted on and approved. He explained with the exception of Elliot County,Lawrence is the only county that didn’t already have it. It is to help to rebuild Louisa East Elementary School.

The other announcements he made were that attendance had dropped due to illness and school will not be in session on Monday. He also mentioned the Lawrence County High School’s girls and boys are playing district championship basketball games  on Friday night.

The first speaker was Cassie Burgess. She has opened a new business in downtown named Glitzy Boutique. She does an array of handmade boutique wear, monogramming, embroidery, vinyl and much more.

With that, the meeting was adjourned for the week.