Louisa, Ky. — Pike Co. Central ( 21-11 ) turned a two point halftime lead into a double digit victory 57-41 over Lawrence Co. ( 10-21 ) in the Girls 60th District championship game Friday night at Lawrence Co. High school in front of one of the biggest crowds I have ever seen at the Dawg House. 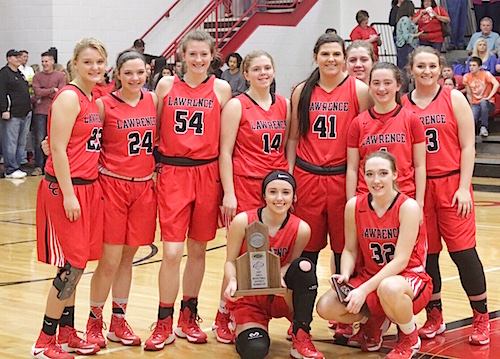 After a slow start and cold shooting by both teams in the opening period it was Pike Central leading 9-6. In the second frame Both teams really picked up the pace and the shooting as Lawrence Co. outscored the Hawks 20-19 to trail 28-26 at Halftime.

The difference in the game was in the third quarter as the Lady Dawgs went cold and Pike Central hit some timely three pointers to extend the lead to 43-30 heading to the final period. LC was in scramble mode the rest of the way as Pike Central hit their free throws to salt away the victory. 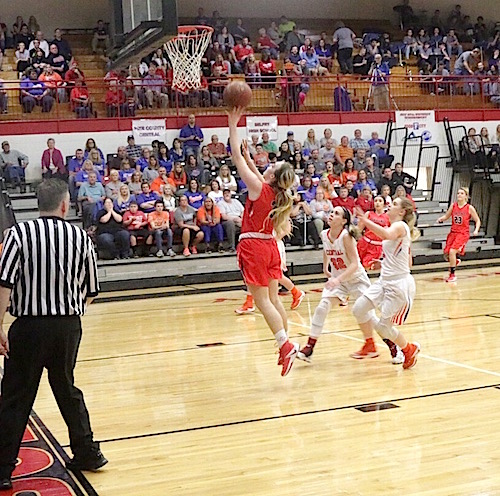 Hannah Rucker and Lexie Ratliff paced the Bulldogs with 13 and 12 points respectively, Kylie Maynard tallied 8 points, Kelly Davis chipped in with 6 and Kassidy Cavins had 2 points to round out the scoring. LC hit 2 three pointers and only attempted 3 free throws hitting 1. 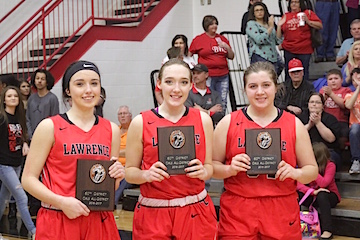 This was the first District title for Pike Co. Central since 2012.

Lawrence Co. will be in the Region tournament for the third straight season. First time in school history that has happened.

Girls 15th Region tournament will begin Monday and Tuesday night. Draw is Saturday morning at 10:00 at the Expo Center in Pikeville.

“… Pike Central shot 24 free throws and we shot 3 that is the difference in the ballgame.” I told my girls we had to be mentally and physically tough all night, the first half we were and the second half it got away from us.”

“…We missed layups in big time games and you can’t do that and win, you have to execute and we didn’t in the second half.”

“…The girls are excited to be playing next week in Pikeville, LC hasn’t been to three straight region tournaments in school history and we are proud of that. They are hurting tonight but we will get back at it tomorrow after the draw.” Really proud of our team for battling all game they didn’t give up any.” 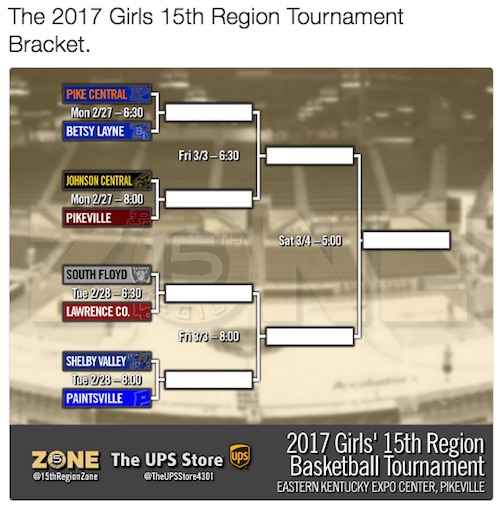