NUTRITIONISTS WANT TO BAN USE OF FOOD STAMPS FOR JUNK FOOD 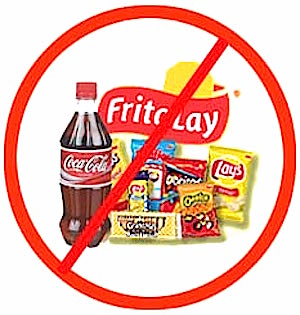 According to a 2016 report from the Department of Agriculture, the top items bought with food stamps are soft drinks, which are high in sugar and have been blamed on increasing childhood obesity, which is more prevalent among rural children. Studies have suggested a link between the consumption of sugar-sweetened beverages and dental caries, weight gain, type 2 diabetes, dyslipidemia and nonalcoholic fatty liver disease in children.

The USDA report found that “23 cents of every food stamp dollar is used to buy candy, desserts, salty snacks, sugar and sweetened beverages,” Fifield writes. “The report, along with the election of President Donald Trump, who may be more inclined to tighten welfare rules, has reignited a long-standing debate on whether the government should allow people to use food stamps to buy unhealthy food.”

“Lawmakers in at least five states—Arkansas, Florida, Mississippi, New Mexico and Tennessee—introduced bills this year to ask the USDA for permission to ban the purchase of certain kinds of food or drinks, such as candy and soda, with food stamps,” Fifield writes. “Since the USDA administers the program, states can’t create their own restrictions. But the department can give a state permission to conduct a pilot to test new ideas—something it has so far been unwilling to do.”

“Many public health and medical officials have supported the idea of restrictions on junk food for years, saying the program was meant to supplement nutrition but is instead feeding into the country’s unhealthy habits and worsening the obesity epidemic,” Fifield writes.

“The idea sounds appealing to people who don’t know much about nutrition or how the program works, said Ellen Vollinger, legal director for the Food Research and Action Center, a nonprofit that aims to reduce hunger. The proposals often fail, she said, once lawmakers find out how costly and complicated they would be to implement, including how to determine which food items should be restricted and how to create a database and keep it updated as new products come out. FRAC and similar groups that fight to end hunger, along with organizations representing merchants, are fervently opposed to restrictions, saying that along with being burdensome to implement, they are also unlikely to change eating habits.”

ARSON ARREST MADE IN FLOYD COUNTY BY WILDLIFE OFFICER