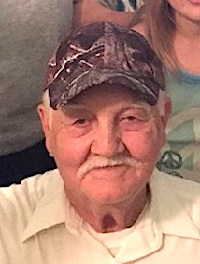 He was born on November 1, 1935 in Pikeville, Kentucky to the late Jim Adkins and Elsie Smallwood Adkins Jury. James worked as a mechanic for a number of years and served his country honorably in the US Army.

In addition to his parents he was preceded in death by one son Floyd Adkins and five brothers Alvin Adkins, Harold Dean Adkins, Ruffus Thacker, Tommy Adkins and Ireland Adkins.

There will be a graveside service on Saturday, February 25, 2017 at 2:00 pm at the Berry Cemetery at Sand Branch Pastor Charles Wilks, Jr. will officiate.

Every Thought Captive February 24, 2017 - Entrusting Yourself to Him