ARSON ARREST MADE IN FLOYD COUNTY BY WILDLIFE OFFICER

Since February 1, the forestry division has fought 75 fires believed set by arsonists and 73 debris fires; 25 of them in Floyd Co. 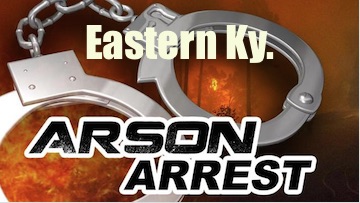 Sgt. Pigman arrested Johnathan Shepherd of no known address for allegedly setting a fire off HWY 1210. Mr. Shepherd was charged with KRS 149.380 (2)(3) setting fire on land owned by another and KRS 508.060 wanton endangerment in the first degree. This is a Class D Felony.

Last fall, the Kentucky Division of Forestry (KDF) and KDFWR entered into a formal agreement that KDFWR would assist the division in the pursuit of violators of the burning laws contained in KRS 149 with an emphasis on finding, arresting and prosecuting arsonists. The agreement was highly effective last fall and with this arrest is already bringing positive results this spring

“I spoke with several people in the community and on three separate fires Johnathan Shepherd was at or near the fires,” said Sgt. Pigman. “After arresting Mr. Shepherd, he confessed to setting the fire.”

The 271-acre Reffitt Hollow Lane fire off HWY 1210 was just one of 19 fires that the division responded to on Tuesday, February 21. Since February 1, the division has fought 75 fires believed set by arsonists and 73 debris fires. Of the 25 fires in Floyd County, 21 are believed to have been set by arsonists.

The division continues to work with multiple partners through the Wildland Fire and Arson Prevention Task Force to reduce the number of wildland arson incidents statewide and to successfully prosecute these criminals.

“Stopping wildland arson is a community effort”, said KDF Director Bill Steele. “If you witness or have information about a wildland fire, please contact your local law enforcement agency, the Kentucky State Police, or the Division of Forestry. You may also call the Target Arson hotline at 1-800-27-ARSON. You may remain anonymous and your tips may help save your neighbors’ homes and lives.”