‘WHEN IS IT GOING TO STOP? KINSER ASKS BOE ABOUT TAXES

BOE passes ‘nickel tax’, Preston says public can ‘vote it out if they don’t like it’

LOUISA – Two members of the Lawrence County community came forward during the public comments section of Tuesday’s regular February meeting of the Board of Education and challenged the district’s need for a “recallable nickel” tax and the district’s method of collecting funds for constructing a new school.

“The burden of this is going to fall on fewer and fewer people,” argued Kinser. “Each year more people are moving out of the county. They’re going to work at Toyota or some other place and moving away.  Less and less people are paying [real and personal] property taxes – last year 700 people didn’t pay what was owed. These numbers aren’t made up; they came from the PVA office. When is it going to stop?”

Board Chairman D. Heath Preston answered: “We serve on the Louisa utilities board together, Jeff, and just like that situation where in order to have new pipes and sewers we are going to have to find a way to raise the money, we are stuck with 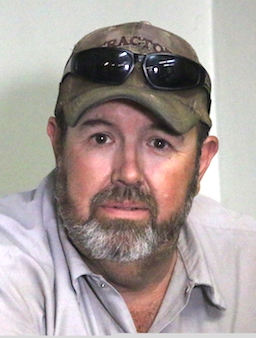 getting no help from the state without a recallable nickel tax,” Preston said. “I’ve been to talk to every politician I know in Frankfort and they all have said the same thing: ‘If you have the nickel tax we can help you, but otherwise we won’t even talk about it.’ Nobody wants to sit up here and just raise taxes. We’ve voted against things before. But this way, we can pass it and if the voters really don’t want it, then there is a way for them to get it on the ballot and vote on it.”

Wilson spoke after Kinser sat down and said, “If you pass this nickel tax – I’ve already talked to several members of the community who called me and they are going to get the petition together and vote it down. It will not pass. I do have a way you can get the money to build the school, however, without passing this tax.”

Wilson stated that Lawrence County was actually in the middle of a boom and would soon be the largest producer of oil in the state of Kentucky and one of the largest in America, according to sources he has spoken with recently.

Wilson said the school board could get the state to pass a tax on the companies doing the mineral extraction work and use that revenue to build a school. When pressed further, he said the same thing had been accomplished in West Virginia and that he was confident it would work here, though he couldn’t provide any specifics as to whether the taxing authority would have to be the state government or local Lawrence County taxing authorities.

The discussion concluded with Fletcher pledging to the Board and the audience that he would be in contact with Mr. Wilson the next day and would indeed follow up as to the possibility of pursuing this as another potential revenue source.

Fletcher also clarified that Wilson’s line of action would require changes made by state legislature, which the Lawrence County Board does not control.

Superintendent Fletcher finished the conversation by giving estimates of what the nickel tax would cost property owners.  As shared in earlier meetings, the tax would require a nickel on every $100 of property; fifty cents on every $1000 of assessed property value;  $5 on $10,000 of property; $50 on $100,000 and so on.

Chairman Preston followed by emphasizing the fact that, no matter the source, the nickel tax would be required in order to get matching funds from the state department.  Preston also commented that, “if people are opposed, they have that right to follow the recall process.”

Later in the meeting, the Board voted to add the nickel tax.

Dr. Fletcher also provided the timeline for the nickel tax process.  According to Fletcher, the Board will have a public hearing on March 15 to discuss the tax and a special board meeting will follow.  If the tax is approved during the second reading in the special board meeting, the recall petition process may begin.

The comments punctuated an otherwise routine meeting, which featured a presentation from the LCHS Future Farmers of America chapter to discuss their participation in FFA activities regionally, state wide and at the national level.

Dr. Fletcher informed the Board of accomplishments by central office staff and managers in the area of process mapping and improvement, detailing outcomes ranging from cost savings in fuel for buses, to reduction of overtime costs, and to other improved processes at the district level.

The new state law expected to completely change the methods of teaching and testing was not mentioned.

The Board approved requests and claims, created 25 additional substitute teacher positions requested and then motioned to adjourn. The next scheduled meeting is March 20, 2017.

Re: Request to the Lawrence County Board of Education for Creation and Changes regarding Positions