Says local tax on oil/gas should be enacted instead

LOUISA, Ky. — Gene Wilson is not one to take a tax hike lightly. The notoriously frugal Louisa banker/developer has been opposed to every tax idea proposed in the recent past and his opposition to Supt. Dr. Rob Fletcher’s proposed ‘nickel tax’ is no different. 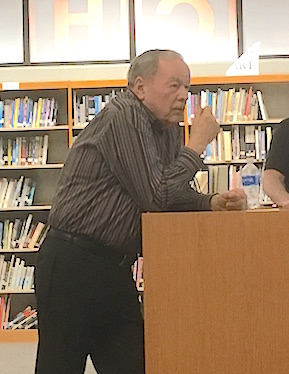 Wilson said yesterday that he was planning to show up at the BOE meeting and ask the board to put the matter to a vote before enacting it.

He said he saw the agenda posted in The Lazer which included a section concerning public comments about the proposed new tax.

He said there were other, better ways of raising the funds for the new school that will be built using the nickel tax as its backing.

“There is funding to be obtained by taxing the gas and oil in the ground and that would be a great way to finance a new school,” Wilson said. “I’m checking on the details of such a local tax on minerals but it makes more sense than anything I’ve seen,” Wilson said.

Wilson did indeed attend the meeting and voiced the concerns he had.

In fact, Fletcher said Wilson had some points he wants to look at further.

“He (Wilson) was very professional and provided some information on his point of view. He and I talked again on the phone today,” Fletcher told The Lazer.

“I have Brandi Vanhoose doing some research on the taxing process for natural gas and oil and the comments made by Mr. Wilson,” Fletcher said. “It would be nice if we could “tap” into that to help our schools.”

The Lazer report on the BOE meeting tomorrow will contain some other perspectives on the subject and whether there will be a vote on the nickel tax.

“I hate to ask to raise taxes, but I believe it is time to close Louisa West for a new building,” Fletcher said. “The last state assessment of the building (in 2011) stated that it would take over 3/4 (approximately) of the cost of building a brand new school just to bring Louisa to building code (for 2011).”

Fletcher said he and BOE members are looking at every possible source for funding for a new school estimated to cost $15 million and house students who now attend Louisa East and Louisa West and possibly others.

“Heath (chairman Preston) has talked with folks in Frankfort, and I have talked with Joe Nance and other district superintendents.  We are getting the same information. If you want help from the state, you have to do the nickel tax.”