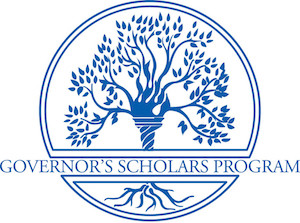 “Kentucky Power and the AEP Foundation support improving lives through education in science, technology, engineering, math and the environment,” said Kentucky Power President Matt Satterwhite. “This grant is one more way we are giving back to the communities we serve in eastern Kentucky.”

The AEP Foundation Scholar grant, launched in 2011, helps five outstanding high school students in eastern Kentucky to experience life on a college campus by funding participation in the annual Governor’s Scholars Program. Recipients of the grant are from one of 20 counties served by Kentucky Power.

Founded in 1983, the five-week Governor’s Scholar Program is an educational and leadership enrichment program that brings together Kentucky’s best and brightest to study on a college campus during the summer. The program’s mission is to enhance Kentucky’s next generation of civic and economic leaders. Students who participate in the program must be nominated by their high schools and then compete on a statewide level for admission. During the time students spend on campus, they choose to study from among 25 focus areas, ranging from visual arts to engineering. Most participants go on to attend college on scholarship.

The American Electric Power Foundation is funded by American Electric Power and its utility operating units, including Kentucky Power. The Foundation focuses on improving lives through education in science, technology, engineering, math and the environment and by meeting basic needs for emergency shelter, affordable housing and the elimination of hunger. Kentucky Power, with headquarters in Ashland, Ky., provides service to approximately 169,000 customers in 20 eastern Kentucky counties.

APPHARVEST TO LOCATE HIGH-TECH GREENHOUSE IN PIKEVILLE, CREATING 140 JOBS ON RECLAIMED MINE SITE