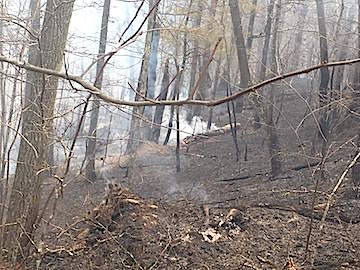 A no burning before 4:00pm each day order began in Kentucky on February 15, but it didn’t take long for a “controlled burn or two to get out of hand and require four fire departments to extinguish the blaze.

At approximately 2:00 P.M. on Monday February 21st, Lawrence County 911 received a report of a brush fire out of control near the intersection of Rt. 32 and Cedgap Rd.

Firefighters were able to keep the fire from reaching any structures and kept the fire contained to the forest until the Kentucky division of forestry arrived at the scene.

During the fire one resident suffered minor burns trying to fight the flames. 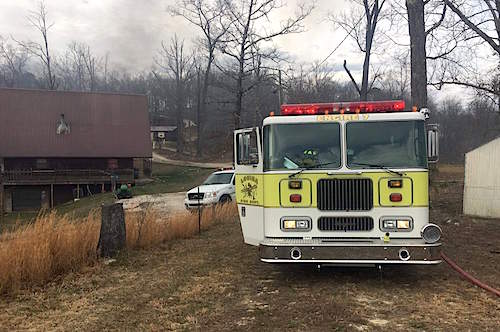 This fire, along with fires in Fallsburg and Cherryville districts in Lawrence County resulted from controlled burns getting out of hand, Woods said.

“We ask that everyone refrain from burning until we receive some significant rainfall. Additionally anyone burning during this period is subject to a fine.”

(Today’s rain should alleviate problems in the near future but it shows what can happen.)

17 ARRESTS IN SEVEN DAY PERIOD; 8 OF WHICH TOOK PLACE IN JUST ONE DAY