Bulldogs headed back to Regionals 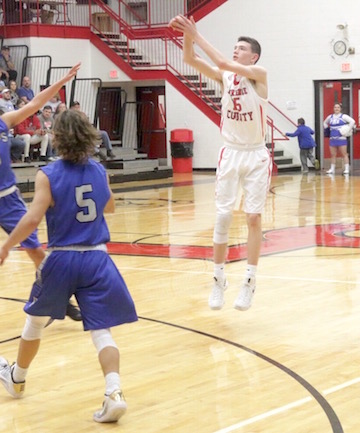 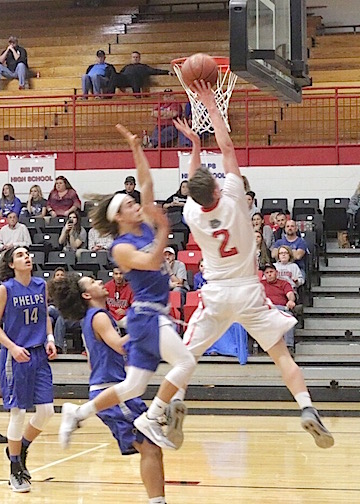 Phelps hung around in the first quarter only trailing 17-14 after one, but the Dawgs picked up the defense and got out in transition did some easy buckets to extend the lead at halftime to 40-25 behind 22 first half points from the nations leading scorer Tim Dalton who would finish with a game high 39 points in 25 minutes of action.

In the second half the Dawgs poured it on and extended the lead to 38 points at one point which started a running clock and cruised to victory securing a spot in the 15th Region tourney next week.

Lawrence Co. placed three players in double figures as Dalton went for 39 and hit a season high 4 three pointers, Jared Wellman tallied 19 points and Tyler Maynard finished with 14 points including 4 three pointers, Trey Dotson chipped in with 7 points, Alex Ratliff playing in his first game in a while had 5 points, Cameron Maynard and Noah Fairchild had 2 points each to round out the scoring. LC sunk 11 three pointers and went 11-13 from the charity stripe.

The Dawgs will go for the three peat on Friday night when they face the winner of Wednesday nights game between Belfry/Pike Central at 8:15.

” As soon as our Girls won in an absolute great game I came in the locker room and told the Boys that was a #4 beating the one seed so it can happen and then I went over how Phelps came back on us last year to get their attention again.” Give them credit they stuck around in the first quarter and we really pushed it out the rest of the way so I was really proud of our guys.” We executed our game plan and got after it on the defensive end, young kids made some shots and they are really confident right now at the right time.” It will be good on Wednesday night to make the short drive to scout Pike Central/Belfry and our kids can get in bed early and not have to make that trip back from Pike Co. both teams are very good and we have had four good games with them this season. Friday night will be an exciting night for Bulldog Basketball.” 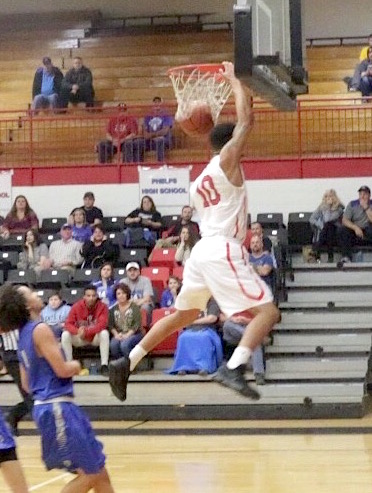 “… After the girls picked up a huge win even though they were the underdog they really got our attention because that was a four seed over a one seed.” I thought we handled it well and got the win in front of a huge crowd and they gave us the support we needed.

“…First time for me playing in a home District game and it felt great.” I don’t worry about scoring I just try to get buckets in the flow of the game and really get the other guys going. They left me open from three tonight and knocked a few down from deep. I love watching them score and seeing the smile on their faces and making a shot.

“…They have really came along all year and playing well at the right time.” Last home game Friday night and we want to go in as District champion for the third time in a row and our last time in the 60th, they will be glad to see Lawrence Co. move out next year.”