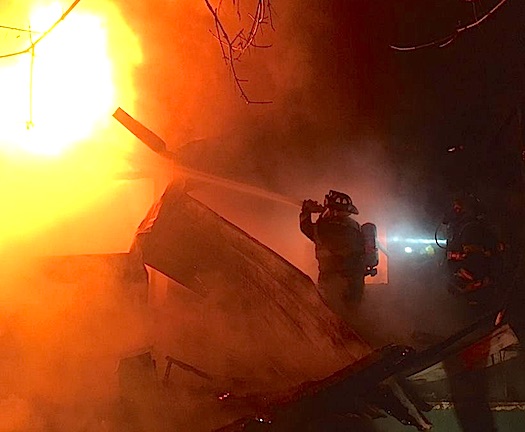 A Lawrence County house was completely destroyed by a fire early Monday morning just outside of Louisa.

This latest house blaze continues a string of various emergencies that have erupted across Lawrence County in recent days, as there have in 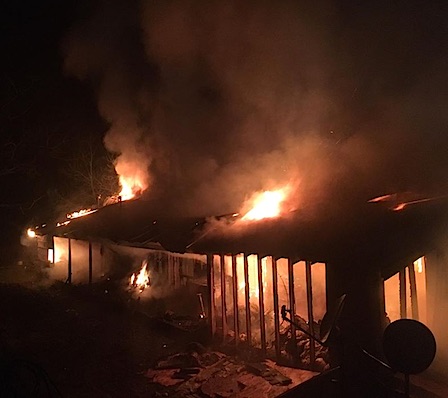 the neighborhood of around two dozen or so structure fires, brush fires, and motor vehicle accidents, along with other emergency incidents, that have taken place in the Lawrence County-Fort Gay area since the end of last week.

According to the Lawrence County Emergency Management Agency, at just before 3:30 A.M., Lawrence County E-911 received a call from a man, lated determined to be Mike West, reporting that his home along Red Branch Road was on fire.

E-911 immediately dispatched the City of Louisa Fire Department to respond to the house blaze. The fire department arrived on the fire since within several minutes of the emergency call. 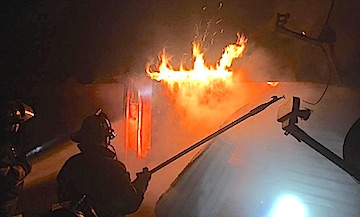 When the Louisa fire crews arrived the home was engulfed in flames, and due to heavy fire already being in the attic of the structure, they were unable to save the residence. The firefighters protected nearby exposures and provided defensive fire operations.

Lawrence County 911 dispatchers say the home was occupied but no one was injured.

Fire officials are working to identify what was the exact cause of the house fire.