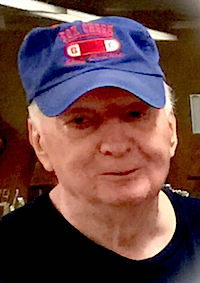 Bill was born Nov. 6, 1933 in Bandy, Virginia, the son of the late Walter Preston and Reba June Beavers Wyatt. He is also preceded in death by a brother Lawrence Wyatt and a grandson Shawn Pfeil.

Bill was a retired brazier for the Westinghouse and Lenox Corporation; he proudly served in the United States Air Force, and was a mason. Bill loved to watch his grandsons Hayden and Grant play sports and also enjoyed Nascar racing.

Funeral services will be held on Monday Feb. 20th at noon at the Wilson Funeral Home with Rev. Dan Smith officiating. Entombment will follow at the Riverview Memorial Gardens Louisa, KY.

Friends may visit the family on Sunday from 4:00 pm to 8:00 pm at the Wilson Funeral Home.