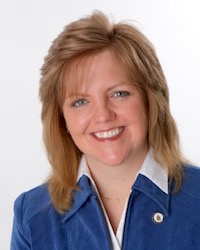 This past Friday, the clerk’s desk in the House chambers was flooded with activity as the final bills and resolutions for the short session were filed.

So far, this thirty-day session has been short on time but large on action as it appears that well over 700 different ideas have been hammered into bills, from which a few will be finding their way onto committee schedules and fewer still to the floors of their respective chambers for votes.

Several of those bills originated from ideas or issues raised by folks just like you who contacted me and I was able to research and get them ready for filing and up for consideration in the House.

Back in the summer, my legislative work began with the filing of House Bill 44, which would make the counties of the Fifth Congressional District, eligible for business tax provisions that would allow a portion of dollars normally sent to the state as sales and use tax to remain in the district for use growing the business or hiring more workers.

Since January, I’ve been working with the Tourism, Arts and Heritage Cabinet in crafting a bill that would bring some subtle but important tweaks to the Tourism Finance Authority. My House Bill 425 reorganizes the TFA’s board to include the expertise and insight of a representative from the film industry and a representative with economic development or financial management skills. Why add film to the mix, you might ask? A quick perusal online of the Kentucky Film office will show you how often Kentucky locations are being used in films and television. Fans of the series “The Walking Dead” know that Cynthiana, Ky. is home to much of the action in that popular show.

House Bill 444 brings gets to the heart of seeing to it that structural steel welders are properly certified and in turn, it would ensure safety, quality and integrity of the jobs on which they work. Current certification procedures are too lax making jobsites and the stability of the structures being built questionable.

I was pleased to join neighboring legislator, Rep. Dan Bentley from Greenup County in a House Joint Resolution that would designate a bridge in our area as a “Korean War Veterans Memorial” to honor all those who served in that conflict.

There’s another House Joint Resolution in the mix as well which will celebrate a successful talent in Lawrence county, that was happily requested by the Lawrence County Tourism Commission.

My House Bill 496 takes on the problems of contraband in our detention facilities and would basically stop any hope of parole, probation or release for someone who is convicted of bringing anything they shouldn’t inside the jail until they have served 85% of imposed sentence.

Finally, filed just under the wire, comes a bill suggested by my friends from Carter County Youth Leadership. The teenagers from West and East Carter were visiting the capitol and they described how among their service projects, they were tutoring younger students at area elementary schools. According to the tutors, cursive handwriting was a big deal and requested by the students. The CCYL students felt that moves to abandon instruction of cursive handwriting was a bad idea and offered many reasons why.

That led to House Bill 495, which would insure that cursive handwriting remain a course of study in Kentucky elementary schools.

Elsewhere during the week we passed House Bill  designed to educate Kentucky students on the dangers of opioid abuse. The bill would require elementary, middle, and high school students to be educated on the hazards of prescription opioid abuse and on the connection between prescription opioids and addiction to heroin and other drugs. Kentucky continues to face a serious epidemic in regard to drug abuse and overdose deaths. This bill would ensure that our youth are educated on the impacts of drugs, hopefully leading to its prevention. I was proud to strongly support this legislation.

Also on the move legislatively are other plans of attack against drug abuse — specifically for the drug fentanyl, as launched by the House beginning with committee approval of a bill to strengthen penalties against trafficking fentanyl and related drugs. House Bill 333, passed by the House Judiciary Committee on Wednesday, would make it a felony to illegally sell or distribute any amount of an extremely deadly drug called carfentanil and drugs derived from fentanyl. It would also increase penalties for trafficking of fentanyl, already a felony. Additionally, the bill would create the felony offense of trafficking in a misrepresented controlled substance for those who pass the drugs off as actual pharmaceuticals like Xanax or Percocet, among other provisions.

We are nearly to the halfway point of this year’s legislative work schedule and many other issues are sure to come before us for consideration.